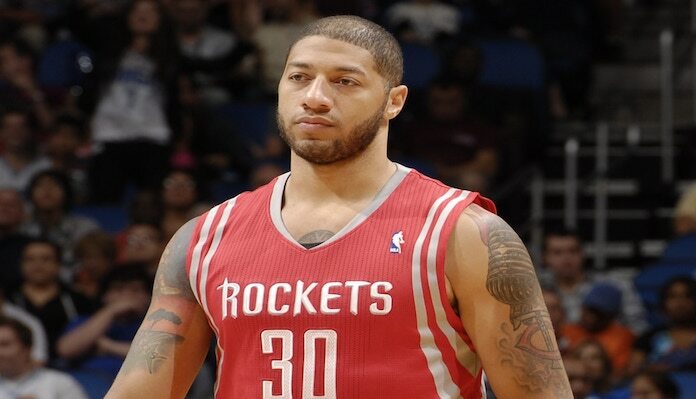 White was drafted 16th overall by the Houston Rockets in the 2012 NBA draft. He never ended up playing for the Rockets and was later traded to the Philadelphia 76ers, where he was waived. He ended up signing with the Sacramento Kings and played three times for them in the 2013-14 NBA season, but that was the last time we saw him in the NBA.

The 6’8″ White ended up playing more ball for smaller leagues including the Canadian Basketball League, but in 2019 he announced he was making the transition to MMA. It’s been a year since he made his initial announcement and it appears that the 29-year-old Minnesota native is finally ready to take the dip into the steel cage.

Speaking to Sports Illustrated, Royce said that he hopes to compete in MMA by the end of 2020. The reason he left basketball for MMA is because he loves the competition.

White mentioned in the article that UFC president Dana White knows who he is, but hasn’t committed to signing him. But we know the UFC bossman loves athletic heavyweights (i.e. Greg Hardy) and if White can win a few fights on the regional scene perhaps White would sign him to fight on the Contender Series.

How do you think Royce White will do in MMA?