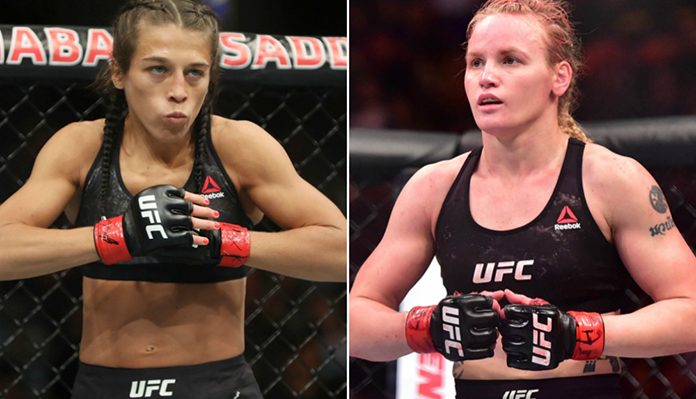 Shevchenko made her UFC flyweight debut this past February, where she scored a lopsided second-round submission victory over Priscila Cachoeira.

As for Joanna, the former strawweight champion returned to the cage for the first time since July’s UFC on FOX 30 event in Calgary. That summer evening in “Cowtown”, the Polish superstar earned a unanimous decision victory over Tecia Torres.

In tonight’s contest, under the unified rules of mixed martial arts, Valentina Shevchenko was once again able to get the best Joanna Jedrzejczyk.

“The Bullet” was able to utilize some timely takedowns and efficient striking to get the better of Joanna for the better portion of twenty-five minutes.

Check out how the pros reacted to tonight’s UFC 231 co-main event below.

Joanna needs to switch things up or this fight W will easily run away with Shevchenko.#UFC231

Great fight, Shevchenko mixing in the takedowns made it look like she was cruising and that spin kick counter to the legkick was crazy impressive! But now we have to watch that dance again… ::sigh:: #UFC231

Valentina def has the best spinning back in the game! @joerogan text book and no Telegraph! Love it #UFC231

Much respect for both ladies

What did you think of tonight’s UFC 231 co-main event title fight between Valentina Shevchenko and Joanna Jedrzejczyk? Sound off in the comments section PENN Nation!