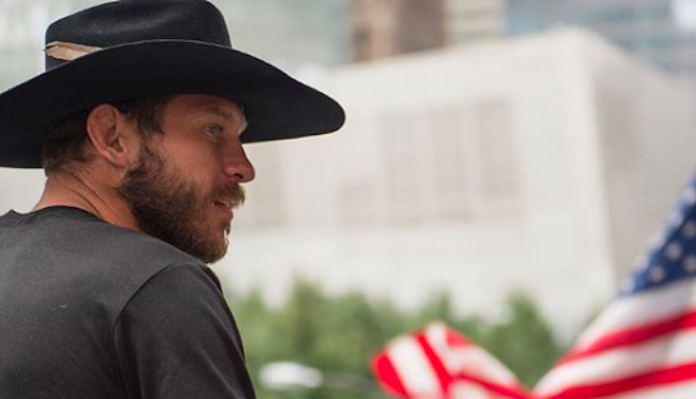 The UFC lightweight title will next be on the line at UFC 242 on September 7 in Abu Dhabi, as undisputed champ Khabib Nurmagomedov is set to defend his title opposite interim champion Dustin Poirier. At least, that’s the current plan. Top lightweight contender Donald Cerrone believes things might unfold differently.

Speaking to ESPN this week, Cerrone, who fights Tony Ferguson at UFC 238 this weekend, divulged that he believes he’ll wind up fighting either Poirier or Nurmagomedov for the title at UFC 242.

“I think I’m gonna get through Tony, and Khabib or Dustin is going to get injured and I’m going to fill in in September in Abu Dhabi,” Donald Cerrone said.

“I don’t know, I just have a hunch,” he added with a chuckle. “I don’t know, maybe my mind just does this because then I’d get to keep fighting… then all of the sudden I’m rocking again.”

Donald Cerrone continued, reminding that Khabib Nurmagomedov has an unfortunate track record of pulling out of fights with injuries.

“Khabib’s just really prone to it,” he said. “I was supposed to fight him three or four times, every time it got injured. I think his training mentality and high pace that he pushes is just… he’s prone to injury. I’m not sure.”

Before he even has the option to fight for the lightweight title, of course, Donald Cerrone will have to get past Tony Ferguson this weekend — which is certainly a tall order.

Ferguson has won his last 11 bouts, including an interim lightweight title fight with Kevin Lee, and has proven himself to be one of the most versatile finishers in the lightweight division.

Cerrone, meanwhile, has won his last three. He last fought in May, when he thumped Al Iaquinta to unanimous decision win.

Do you think Cowboy’s premonition will come true?