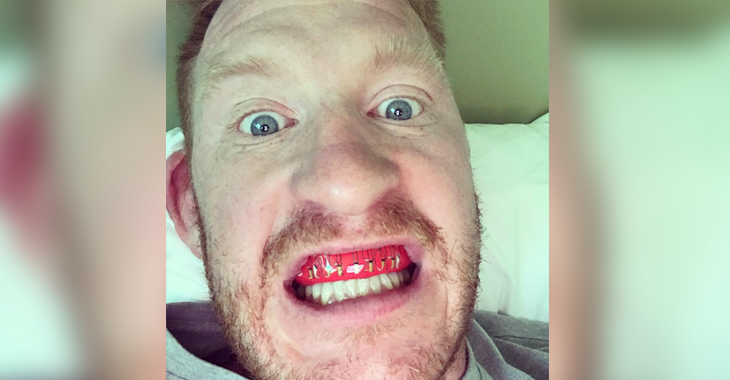 Despite having over twenty UFC fights during his mixed martial arts career, veteran Ed Herman has recently been dealing with some financial struggles.

“Short Fuse” has not competed inside the octagon since The TUF 25 Finale in July of 2017, where he suffered a unanimous decision setback to C.B. Dollaway.

During his fight with “The Doberman“, Ed Herman suffered a knee injury which has kept him out of action the past fifteen months.

According to Herman (23-13 MMA), he wasn’t financially secure enough to endure that long of a layoff without taking up a new day job.

Herman, who competes at tonight’s UFC Fight Night 138 event in Moncton against Gian Villante (16-10 MMA), told reporters at Friday’s media day that he was forced to take a job driving heavy equipment in order to survive his lengthy layoff.

“I didn’t know with my knee injury that I had last time (if I would be able to fight again),” Herman told MMAjunkie. “I’ve had three ACL surgeries. A lot of guys have a hard time coming back from one. These days you see it more with the other sports and stuff. But, yeah, I thought about hanging them up. I actually had to go get a job working construction this summer to pay my damn bills. After doing that for a couple months I really wanted to get back in here. At first I thought, ‘Getting a regular job ain’t so bad.’ But yeah, it sucked.”

Ed Herman explained that depsite having over twenty fights under the UFC banner, a lot of those contests took place at a time when the promotion did not exactly pay well.

“Unfortunately that’s not the case, right? The money is getting better, but when I first got in 12 years ago the money wasn’t that good,” Herman said. “Coming off ‘The Ultimate Fighter’ I think I was getting $12,000 (to show) and $12,000 (to win). After taxes and all that, you pay your coaches, what is that? Like $15,000 or something? You fight three times in a year, you’re at $45,000. You’ve got a family and stuff, that ain’t nothing. You can’t save money. You’re living paycheck to paycheck. Then having some injuries, I was out for almost two years back in ’09 and 2010 with knee injuries. I have some investments and some things going, but not enough to where I can just like retire and not have to work.”

The 38-year-old native of Oregon continued:

“It’s nice to see some of these guys are making real money that will last the rest of their lives,” Herman said. “By the time I’m gone you’ll see more of that. Maybe with some more security like retirement, or some type of pension and stuff with the possibility of unions coming into place, but I think I’ll be gone by the time any of that happens most likely. I’m just going to keep doing what I can, make as much money as I can and stack it away, save it for my kids’ college funds and just keep doing what I can do.”

Are you surprised that after twenty-plus UFC fights, veteran Ed Herman was forced to take on a new day job just to survive during his fifteen month layoff?