Derrick Lewis and Ciryl Gane have reacted after being booked in a interim heavyweight title fight at UFC 265.

After weeks of Dana White insinuating that a rematch with ‘The Black Beast’ would be next for reigning UFC heavyweight champion Francis Ngannou, the promotion shocked fight fans today with the announcement of Lewis vs. Gane.

Accoridng to ESPN’s Brett Okamoto, Derrick Lewis and the undefeated Frenchman in Ciryl Gane will square off at UFC 265 with an interim title on the line. 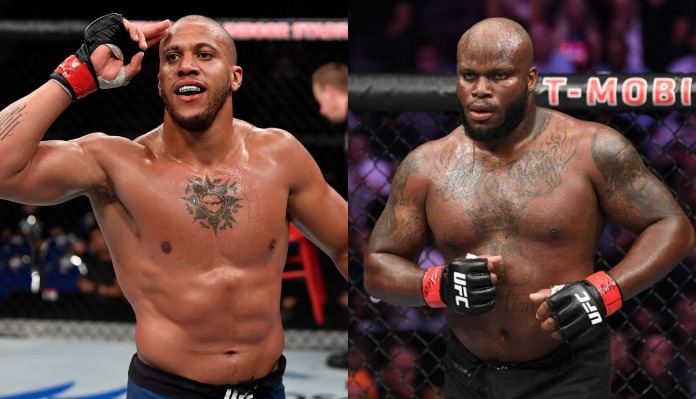 It was a rather shocking announcement considering that Francis Ngannou just captured the belt 3 months ago and is not currently sidelined with injury. ‘The Predator’ and his team have already lashed out at the promotion for their decision (see that here).

Regardless of Ngannou’s disapproval, both Derrick Lewis and Ciryl Gane were ecstatic to learn of their upcoming title fight.

”I never say no to challenges. Thank you @mgmtfactory for this supersonic rise. Fernando Lopez, we got work to do.”

Derrick Lewis (25-7 MMA) most recently competed this past February  at UFC Vegas 19, where he scored a second round knockout victory over perennial contender Curtis Blaydes. The win marked the Texas natives fourth in a row.

Who do you think will emerge victorious when Derrick Lewis and Ciryl Gane square off for the interim heavyweight title at UFC 265? Share your thoughts in the comment section Penn Nation!