Darren Till reignited his feud with Marvin Vettori on Saturday, sharing a ‘Lord Of The Rings’ photo that was modified to include ‘The Italian Dream’.

Till (18-3-1 MMA) and Vettori (17-5-1 MMA) were slated to collide in the headliner of UFC Vegas 23 this past April. However, the Liverpool native suffered a broken collarbone in training and was thus unable to compete.

Following Till’s withdrawal from the event, Vettori insinuated that ‘The Gorilla’ was likely faking his injury to avoid a certain loss. That notion did not sit well with Darren Till who proceeded to unload on ‘The Italian Dream’ for his comments.

“Marvin Vettori what’s up with you mate? You missing a few cells or something? If only you f*****g knew what I went through this camp to get 2 fight you. Inside & outside the gym! Let’s have it right mate you were going to be my easiest fight. You are a walking punch bag who’s tough,” Till wrote on Instagram. “Nothing more & nothing less. So keep ur bitter mouth shut. For you or anyone to even think for one minute I’d pull out of a fight with some bullshit excuse makes me howl. Every fight camp I guarantee I train through way harsher injuries than you and 90% of the roster. What you want me to do? I’ve broke my f*****g collarbone u utter moron.” 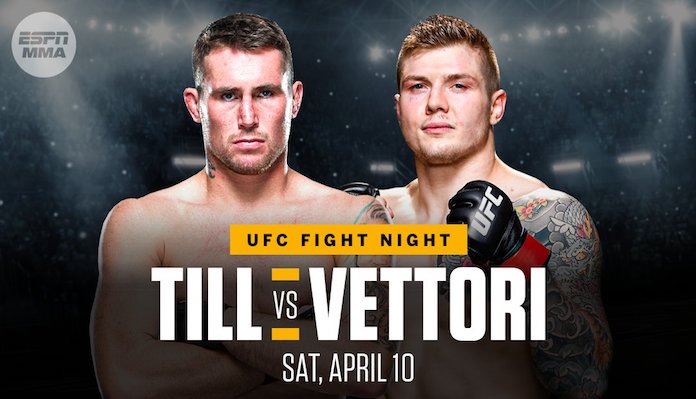 “Make sure you win Saturday. And here’s some advice you ugly looking lord of the rings ork motherf****r. Just be happy for your peers. Be happy the fact Adesanya beat you. Be happy the fact I was going to school you, and be happy your at the top in one of the most devastating sports in the world. Stop being a hater you bum. And your not from Italy. You’ve lived in California most of your life you lying bastard. I’ll tag you in my x-ray so you can sleep easy tonight.”

Marvin Vettori of course went on to defeat Kevin Holland by way of unanimous decision at UFC Vegas 23, a victory which ultimately setup a rematch with Israel Adesanya.

Now three months removed from his previously slated bout with ‘The Italian Dream’, Darren Till has attempted to reignite their feud.

Till took to Twitter with the following photo and caption once again referencing Vettori with Lord Of The Rings.

Chilled Saturday, few bottles of Heineken, some popcorn and watch the trilogy of lord of the rings… #GoodVibes pic.twitter.com/w3wUzpy1pL

“Chilled Saturday, few bottles of Heineken, some popcorn and watch the trilogy of lord of the rings… #GoodVibes.” – Till shared.

Darren Till is set to clash with Derek Brunson at UFC Fight Night 191 on August 14. With that said, a future collision with ‘The Italian Dream’ could be on the horizon for the English star depending on the outcome of next month’s contest.