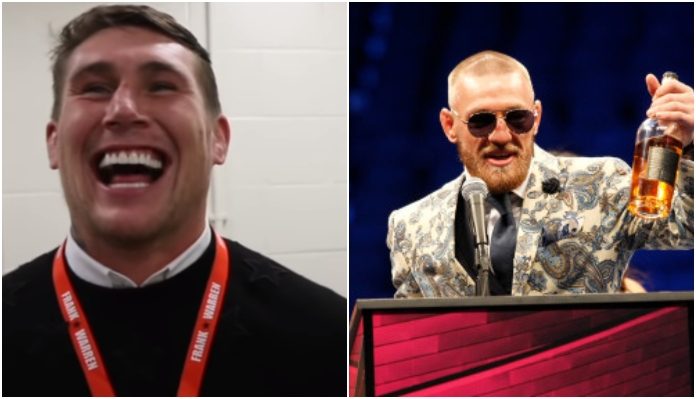 Liverpool’s finest fighting son is the No. 3 ranked UFC welterweight contender, ‘The Gorilla’ Darren Till.

We haven’t seen Till compete inside the Octagon since September when he challenged Tyron Woodley for the division’s title at UFC 228.

Unfortunately for the Brit, he would suffer his first career defeat that night as Woodley scored the second-round submission.

Having called for a bout with Conor McGregor in the past in a big soccer stadium showdown in Liverpool’s Anfield, Till still hopes he can make this happen for his next fight.

“Proper 12 is sh*te.” Till said with a big laugh when speaking to iFL TV before answering what’s next for him. “I want the McGregor fight in April. If it will happen… Probably not now, so… Probably lookin’ at March, maybe London. Headlining there or maybe a [Las] Vegas card.

Speaking of offers, just yesterday BJPenn.com’s own Chris Taylor reported that the UFC is hoping to book a welterweight bout between Till and current No. 1 ranked contender and interim champion, Colby ‘Chaos’ Covington.

With Covington holding a firm stance on only wanting a title shot next, it doesn’t seem too likely that he will accept this offer. James Lynch further provided support on that side when speaking with Covington’s manager earlier today.

“Just spoke to Colby Covington’s manager Dan Lambert who shut down a potential fight between Covington vs. Darren Till. His ideal plan is Colby to fight the winner of Woodley/Usman. Look for that interview later today on @FightfulMMA” Lynch tweeted.

As for the former featherweight and lightweight champion in McGregor, he still awaits his fine and suspension from the Nevada State Athletic Commission for he and Khabib Nurmagomedov’s post-fight actions at UFC 229 in October.

That doesn’t change the fact that Till hopes to fight him upon his return.

“McGregor, he’s the f*ckin’ biggest name in the world so why would I not push it?” Till asked. “It’s a possibility. Anfield, I’m from Liverpool. You’ve seen what happened at Liverpool… There’s bigger dreams ahead now. Anfield, it’s never been done. Conor has done a lot of things that people thought would never happen. Look what he done in boxing. So why can’t I say it out loud?

“A lot of people will probably hate on me for it but… It’s just what I believe, what I dream of. So f*ck what everyone thinks, to be honest with you, mate. If he doesn’t come to Anfield, f*ckin’ Croke Park.”