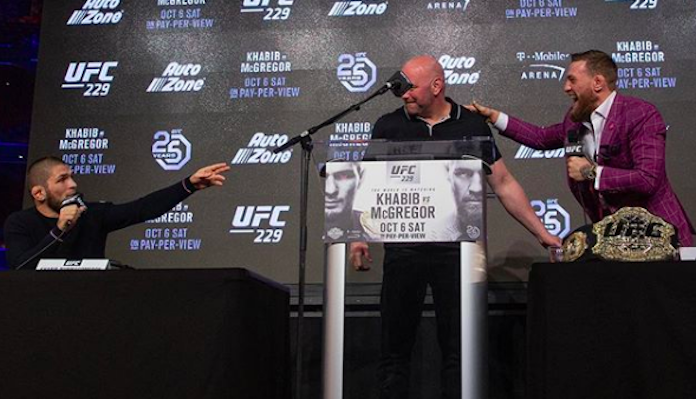 McGregor knocked out Donald Cerrone in just 40 seconds in the main event of UFC 246 in his comeback fight after 14 months away from the Octagon. It was a massive win for him that will shoot him back into the good graces of fans, and it guarantees that McGregor will get a big-name opponent for his next fight.

Following UFC 246, White made it clear that he wants Nurmagomedov to be McGregor’s next opponent. But McGregor himself said that he wasn’t that interested in that fight, considering he has to wait until April to see if Nurmagomedov beats Tony Ferguson at UFC 249. After missing all of 2019, McGregor plans to be super active in 2020 and doesn’t want to wait for Nurmagomedov if it messes with his ‘season’ schedule.

But according to White, McGregor told him that he does, in fact, want to fight Nurmagomedov next. Check out what White told TMZ Sports right after UFC 246.

White reiterated that if he was up to him, it will be McGregor fighting Nurmagomedov next.

McGregor and Nurmagomedov met back at UFC 229 in October 2018. Nurmagomedov was able to take McGregor down that night and beat him up on the mat, finishing in the fourth round with a neck crank. With other contenders floating around at 155lbs including Justin Gaethje, it seemed like McGregor was behind the rest of the pack in regards to getting a title shot. But if McGregor does indeed want Nurmagomedov next and the UFC wants it, then that’s the fight the fans will get.

Do you think Conor McGregor will fight Khabib Nurmagomedov next or someone else?