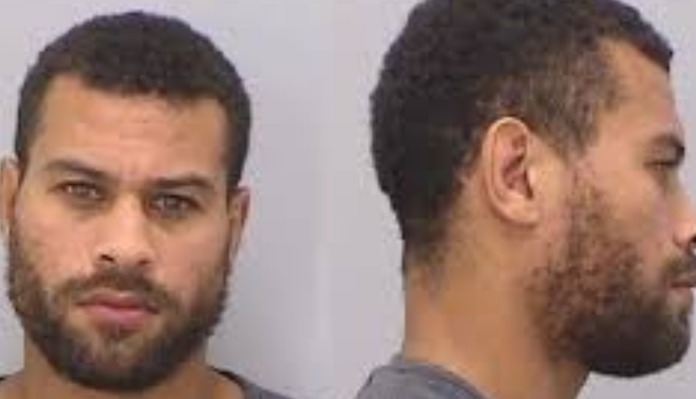 Trujillo pled guilty to charges of child exploitation earlier this year after sending pictures and videos of his genitals to a 16 year-old girl. Trujillo reportedly continued to harass the girl even after she blocked him on social media, and is believed to have known her age. When he was arrested, multiple photos of other “nude young women” were found on his phone, but police were unable to verify their ages.

On Monday, Trujillo was sentenced two years probation, remarkably avoiding any jail time. Like many people, Hardy feels that sentence is insufficient.

He believes the former UFC fighter should hang instead.

How do you get probation for that shit. Just hang him and be done with it. He should have no right to oxygen anymore. ☠️

“How do you get probation for that shit,” Hardy wrote in response to an article about Trujillo’s sentencing. “Just hang him and be done with it. He should have no right to oxygen anymore.”

When a fan suggested that the death penalty might be too severe, even for crimes as grotesque as Trujillo’s, Hardy responded that even a lengthy prison term is unlikely to fix the former UFC fighter’s issues.

You can’t unscrew that kind of sickness.

“You can’t unscrew that kind of sickness,” Hardy wrote.

Abel Trujillo last fought in the UFC in 2017, when he lost a decision to John Makdessi. He debuted in the UFC in 2012, and competed 11 times in Octagon. In that time, he came up short against the likes of Khabib Nurmagomedov and Tony Ferguson.

After a lengthy career as a UFC welterweight, Dan Hardy took a commentary job with the promotion, but has not let that position deter him from speaking his mind.