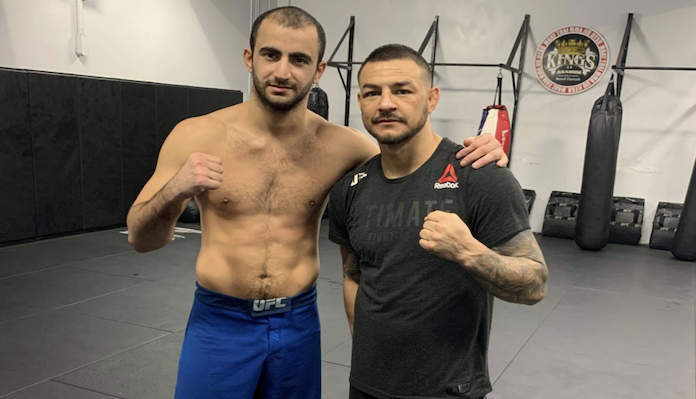 Swanson (27-12 MMA) had entered the matchup on a two-fight win streak, his latest being a knockout win over Daniel Pineda at UFC 256. With that being said, ‘Killer Cub’ had gone just 2-4 over his past six Octagon appearances overall prior to tonight’s contest.

Meanwhile, Giga Chikadze (13-2 MMA) had entered tonight’s UFC Vegas 25 co-headliner on a seven-fight win streak. The Georgian standout was most previously seen in action this past November, where he scored a first round TKO victory over Jamey Simmons.

Despite his recent success, Cub Swanson was not able to make it out of the first round in his fight with Giga Chikadze this evening. The Georgian fighter connected with a nasty liver kick just moments into the opening round which ultimately spelt an end to the fight (see that here).

It was definitely a disappointing night at the office for Swanson, but that didn’t prevent ‘Killer Cub’ from issuing the following classy statement to congratulate Chikadze on his fine performance.

He couldn’t have been any more respectful after. I really appreciate that. Good luck on the next one https://t.co/KyN4OFyK3S

“He couldn’t have been any more respectful after. I really appreciate that. Good luck on the next one.” – Swanson wrote on Twitter.

Having gone just 2-5 over his past seven fights overall, it will be interesting to see who the UFC chooses to match Cub Swanson up against next.