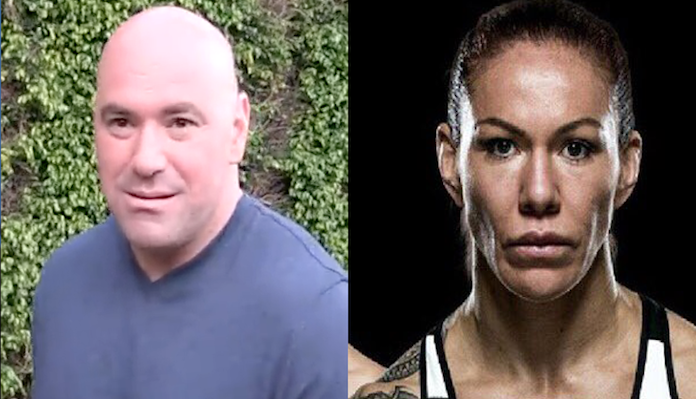 We know that Cris Cyborg is now a free agent following her unanimous decision victory over Felicia Spencer in the co-main event of UFC 240. The question is now, where will she fight next?

There have been rumors for a while now that Cyborg’s relationship with UFC president Dana White isn’t the greatest, and that once her contract is up with the promotion she may leave the Octagon for greener pastures. Following UFC 240, she spoke to reporters about how her relationship with White has affected not just her, but also her daughter.

Cris Cyborg going in-depth on how the poor relationship with UFC/Dana White has impacted her. Said her daughter gets abused by other kids at school with things like, "she has a penis and other bullshit." #UFC240

“Cris Cyborg going in-depth on how the poor relationship with UFC/Dana White has impacted her. Said her daughter gets abused by other kids at school with things like, “she has a penis and other bullsh*t.”

Obviously, this is hard stuff to hear, and does not speak well to the UFC’s chances of re-upping the prized Brazilian featherweight in free agency.

White has also been very vocal as of late in saying that Cyborg wants no part of UFC women’s featherweight and bantamweight champion Amanda Nunes. For her part, Cyborg says those accusations are false and that she indeed wants a rematch against the woman who took her belt last December at UFC 232. For months now, it’s been a case of he-said, she-said in the media between White and Cyborg as far as a potential rematch goes.

We’ll find out soon what will happen between the UFC and Cyborg, but at this point it does appear the relationship between these two sides is irreparable. Should Cyborg indeed test free agency like expected, Bellator and their president Scott Coker are known to be big fans of her from back in the Strikeforce days.

Do you think the UFC’s relationship with Cris Cyborg has deteriorated to the point where there’s no chance of her re-signing with the promotion in free agency?