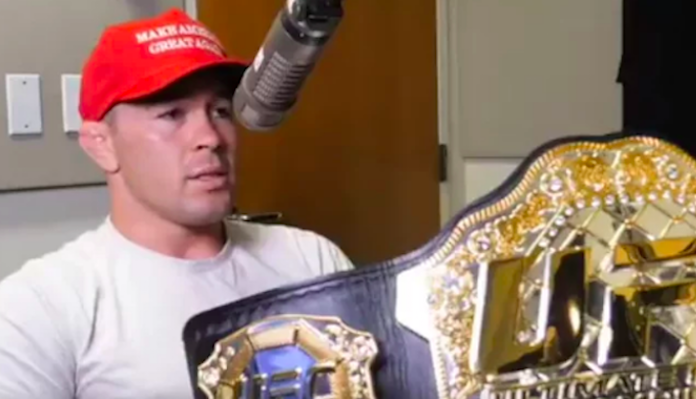 Colby Covington has been passed over for a title shot before, and could very well be passed over again.

Covington, who is the former interim welterweight champion, never got a title shot after he won the belt. Instead, it was Darren Till and Kamaru Usman who received the next two shots.

Then, after beating Robbie Lawler at UFC Newark, he was again promised a title shot should he win, yet it appears that may not happen. Reports this weekended indicated that the negotiations between Colby Covington and Kamaru Usman failed, and the UFC turned their attention to different fights. For “Chaos” he says it wasn’t much of a negotiation as it was a demand from the UFC.

“My side of the story is, I’m ready to fight, I was ready to fight, but the UFC came to be with the basic challenger’s offer,” Colby Covington said on Ariel Helwani’s MMA Show. “I’m a champion. There was no negotiation. They came and ran at me and said, ‘Here, take this, or leave it and we’ll pass it on to the next person. That’s not fair negotiating and that’s not right. So I’m not going to take the first offer that you offer me.”

Colby Covington hopes he can start actually negotiating with the UFC. But, he makes it clear it is Kamaru Usman, and not him, that is the one that won’t agree to the fight. He says he just needs to be paid.

In the end, Colby Covington wants to fight Kamaru Usman for the title next. Yet, for that to happen he wants to be treated fairly and paid what he is worth.

“I have a world title and they still want to treat me like crap,” Colby Covington said. “They still want to not give me any room to negotiate and work. It’s not fair. The company is rolling in money. Thirty-percent growth last month. We all know the ESPN deal. They’re making so much money. They need to make this right.”

What do you make of Colby Covington’s comments? Sound off in the comment section, PENN Nation!