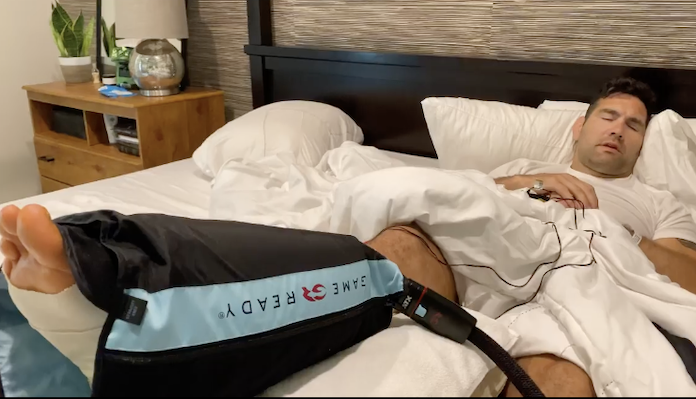 Former UFC champion Chris Weidman shared his latest health update after undergoing a second surgery on the broken leg he suffered at UFC 261.

Weidman suffered one of the most horrific injuries we have ever seen inside the Octagon back in April when his leg snapped on a checked kick against Uriah Hall. Weidman immediately went down in pain and was rushed to the hospital to undergo emergency surgery on the broken limb. The initial thought was that the surgery was successful, and Weidman even started getting back into the gym, but he suffered a setback in his recovery, and “The All-American” was forced to undergo a second surgery on the shattered limb.

On Thursday, Weidman took to his social media to provide his fans with his latest health update following his second surgery on his broken leg. Check out Weidman’s video below.

“HOME AFTER SURGERY Hi all! I’m home. The surgery went very well. The original plan of surgery was to take out a butterfly fracture on the tibia bone and secure the fibula with a plate and screws because it was not healing correctly. Apparently when they opened my leg up the fibula was more of a problem than expected which required a longer surgery and more hardware. I do not have any pain right now because I have a nerve block on my leg which can last up to 48 hours,” Weidman wrote. “I’m pretty damn tired and so I will sleep for a while, but I will be uploading a video to my YouTube channel to share all the details of the post-surgery. And I will also make minor updates here on my IG on how I am feeling. Having your support and love make things a lot easier. Thank you all very much for your thoughts prayers. Chris #wontbackdown #recovery #theallamerican”

We here at BJPenn.com wish Chris Weidman the very best as he recovers from his injury.