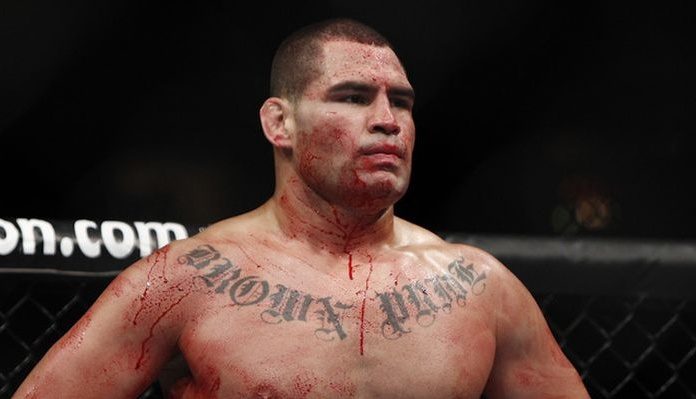 Former UFC heavyweight champion Cain Velasquez has long been rumored to join the pro wrestling circuit, and it looks like that day is finally coming.

The Lucha Libre AAA wrestling promotion announced Tuesday on Twitter that Velasquez will make debut for them at Triplemania XXVII, which takes place August 3 at Mexico City Arena. Velasquez will be teaming up with Cody and Psycho Clown to take on Texano Jr., Taurus and a mystery opponent. 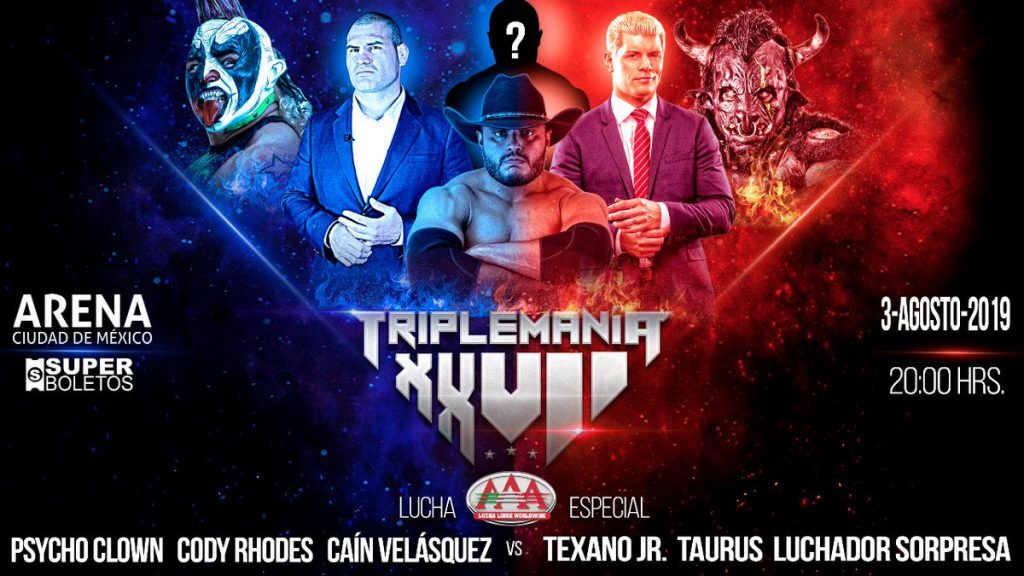 Cain Velasquez (14-3) is the former two-time UFC heavyweight champion. He has not competed since February, when he was finished by TKO in the first round by Francis Ngannou at UFC on ESPN 1. That was Velasquez’s first MMA fight since July 2016, when he knocked out Travis Browne at UFC 200. In between he dealt with numerous injuries which detailed his MMA career. Overall Velasquez is 12-3 in the UFC since making his Octagon debut in 2008.

Velasquez is a former collegiate wrestler at Arizona State University and it’s well known he has been interested in pursuing professional wrestling for some time. At this point it’s unclear whether or not Velasquez will continue with his MMA career or if this wrestling match is just a one-off. It’s possible the former champ could be done with MMA but wants to see how his pro wrestling debut goes before making any decisions.

The Triplemania XXVII wrestling event takes place at Mexico City Arena and coincidentally Velasquez has competed there before in MMA, losing his belt to Fabricio Werdum at UFC 188 back in 2015 in what was a big upset at the time. It was the night the “Sea Level Cain” meme was born, and Velasquez will look to rid the wrongs of that night with a great performance in the wrestling ring this summer.

Are you excited to see Cain Velasquez compete in professional wrestling and do you think this will spell the end of his MMA career?