Former UFC champion Bas Rutten has followed in the footsteps of Dana White by revealing his selections for the current Mount Rushmore of MMA.

Last week the UFC President surprised many fight fans with his four picks for the current Mount Rushmore of MMA.

“I mean if you talk about a Mount Rushmore, where their heads are carved in stone forever, you have to go Royce Gracie, no brainer, you have to do that. Amanda Nunes, it has to be Amanda Nunes the greatest female fighter ever,” Dana White said on The Schmozone Podcast. “The other two are tough. I would have to go with Jon Jones. The guys have never been beaten. What is more amazing about him going undefeated, which is incredibly amazing because very few people do in this sport, is the things he’s done to himself outside the Octagon and he still hasn’t been beat… The number four on Mount Rushmore, I guess you have to go with Chuck Liddell. At the point in time, he was the biggest star ever. It’s almost a coinflip between Chuck Liddell and Forrest Griffin.”

In a recent interview with MMAJunkie Radio the former King of Pancrase, Bas Rutten (28-4-1 MMA) shared his choices for the Mount Rushmore of MMA, this while praising UFC president Dana White.

“Royce Gracie, 100 percent – he needs to be the first guy,” Rutten said. “But the guy who made the UFC and made everything big is Dana White. Of course he can’t put himself in. You can say whatever you want to say, but because of him, we all watch it. Because of ‘The Ultimate Fighter,’ he came up with that idea and they did everything. People say they want more money. You can say whatever you want. But he’s the hardest working guy.” 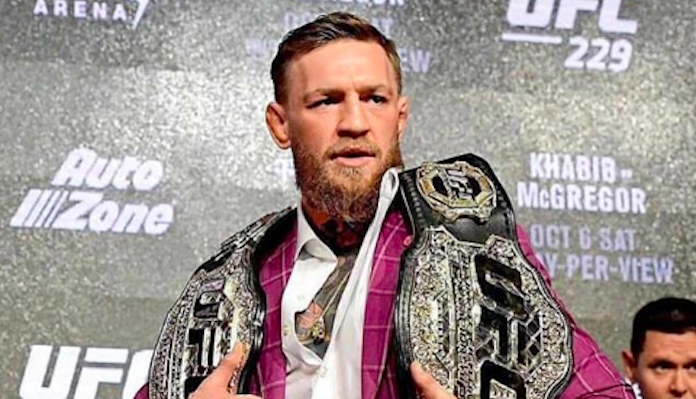 “Chuck Liddell, but MMA – is it MMA in general? Then you’ve got to go Fedor (Emelianenko), guys like that. How many more eyeballs did Conor McGregor put to MMA? Is he the greatest fighter with the submission losses? No, he’s not. He’s a very good fighter, but just because of what he did and how much attention he brought to MMA, does he deserve to be in it? Everyone is going to go, ‘You’re crazy.’ But really?”

Who do you think should be on the Mount Rushmore of MMA? Share your thoughts in the comments section PENN Nation!

This article first appeared on BJPENN.com on June 25, 2020