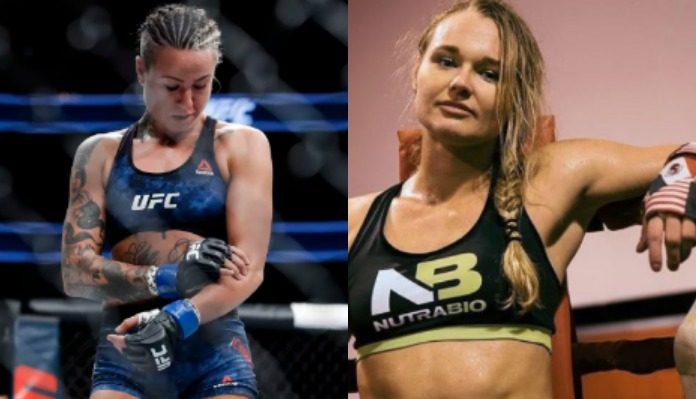 The UFC’s women’s flyweight division is finally able to get moving forward again as a new champion has been crowned. So that means the rest of the division must vie for their positions.

Unfortunately for the top 15 contenders in Andrea Lee (9-2) and Ashlee Evans-Smith (6-3), they just recently lost out on their fights due to opponents dropping out.

For Lee, she was supposed to be fighting this past Saturday night at UFC on Fox 31 against Jessica-Rose Clark. However, Clark would end up passing out during her weight cut which led to the fight being canceled.

Evans-Smith on the other hand just had her opponent for UFC Phoenix announce that they’re pulling out as Lauren Murphy isn’t quite fully recovered from a recent surgery.

In the end, it all works out though as MyMMANews reported earlier that the two will now meet at UFC Phoenix on February 17 as Lee fills in for Murphy to take on Evans-Smith. Lee has since confirmed the news on Instagram.

This event will go down as the very first that will take place on the ESPN channel. The card has yet to have its headliner announced, but this is how it currently stacks up.

What do you think will end up main eventing UFC Phoenix?