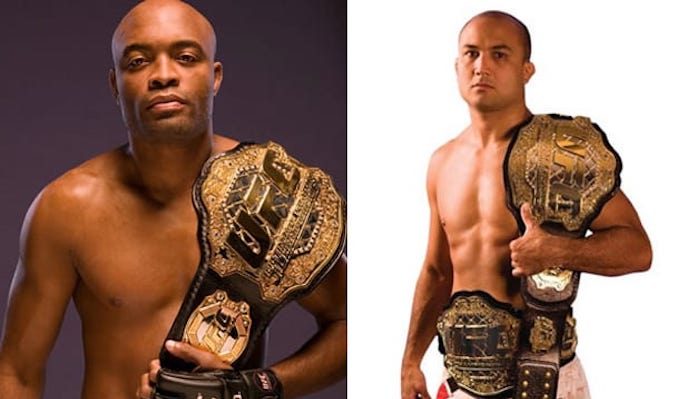 Silva is considered by many fans to be one of the greatest MMA fighters of all time himself, so his opinion truly matters when it comes to the MMA GOAT discussion. Speaking to GiveMeSport, Silva was asked who would be on his Mt. Rushmore for the four greatest mixed martial artists of all time. According to “The Spider,” he would put the aforementioned Penn, Khabib Nurmagomedov, Royce Gracie, and Antonio Rodrigo “Minotauro” Nogueira in his top-four of all time.

“Well, there’s lots of different fighters I respect, but if we’re talking about the best, I would say BJ Penn. What the guy did, he’s amazing, what he did for the sport,” Silva said. “Khabib, Khabib is a beast, he’s so amazing. He changed, how you say, his wrestling, his pressure, how he fight, he changed the game. I would also say Royce Gracie – he started everything. Without him there would be nothing. None of this, no UFC, nothing. My best friend ‘Minotauro’ as well. He’s my master. He gave me my black belt in jiu-jitsu.”

While Silva’s list of the top four is certainly reasonable, he did leave out a number of the greatest MMA fighters of all time, including Georges St-Pierre, Jon Jones, and Daniel Cormier, just to name a few. Still, you have to respect Silva’s opinion when it comes to naming the greatest fighters of all-time in the sport he dominated. And speaking of Silva, while he’s essentially retired from MMA, he is now in boxing and there are rumors that he could take on YouTuber-turned-boxer Logan Paul in his next fight.

Do you agree with the list Anderson Silva has for the four greatest MMA fighters of all time?