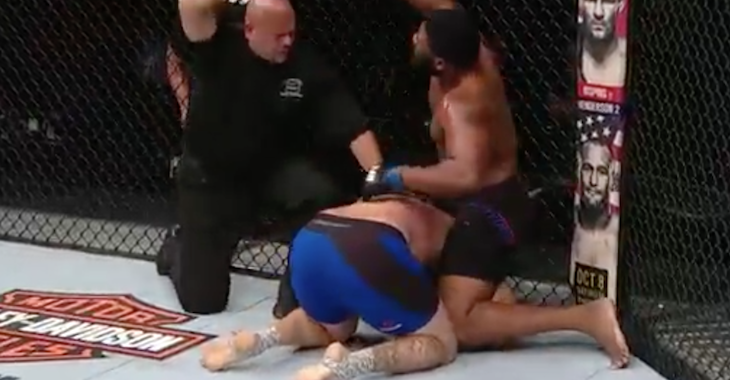 The fighters went back and forth in round one trading huge shots as you can see below:

In round two Blaydes would get the better of East, eventually putting Cody away with some violent elbows on the ground. Check it out:

Blaydes defeats East via TKO (Elbows)at 2:02 of round 2