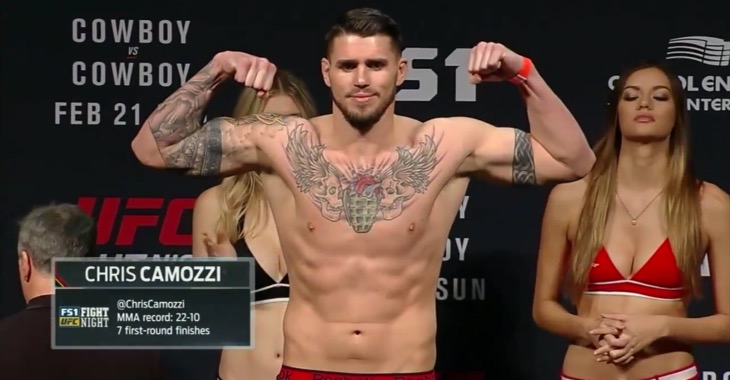 Chris Camozzi was able to land some solid combinations and utilize an effective ground game to beat up on Vitor Miranda for the better part of three rounds at tonight’s UFC Fight Night 88 event in Las Vegas.

Camozzi never allowed Miranda the chance to get comfortable inside the cage and used an aggressive high-paced effort to overwhelm the dangerous Brazilian.