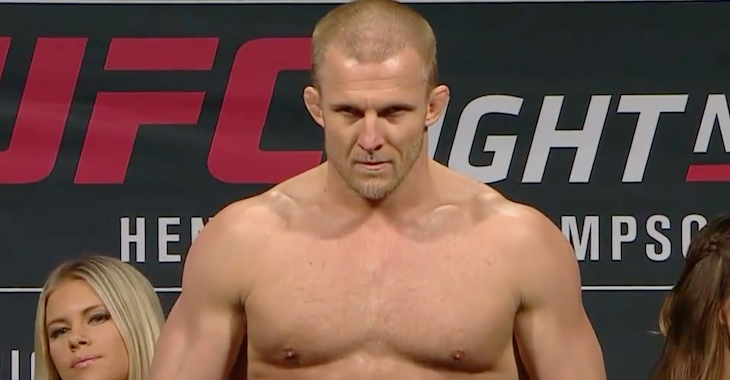 Round one begins and Nicholson starts off by throwing some leg kicks. Cirkunov fires back with a kick of his own followed by an uppercut. Cirkunov with a kick to the body that lands. Nicholson misses with a spinning elbow and Misha takes him to the ground. Cirkunov searches for a submission but can’t lock in the attempt. Nicholson is back to his feet and lands a kick low to Cirkunov’s groin. The ref stops the action so Misha can recover. Cirkunov is trying to get the fight to the ground but Nicholson isn’t having it. Alex tries a spinning back elbow but misses. Cirkunov scores a takdedown and takes the back of Nicholson. Good shots from Misha as round one ends.

Good shots land for Cirkunov to begin round two. Misha scores the early takedown and immediately takes the back of Nicholson. Good shots from back mount by Cirkunov. He’s landing a ton of small shots and moves in for a rear-naked choke. He cranks the neck and Nicholson taps out.

Misha Cirkunov defeats Alex Nicholson via submission (rear-naked choke) at 1:28 of round two