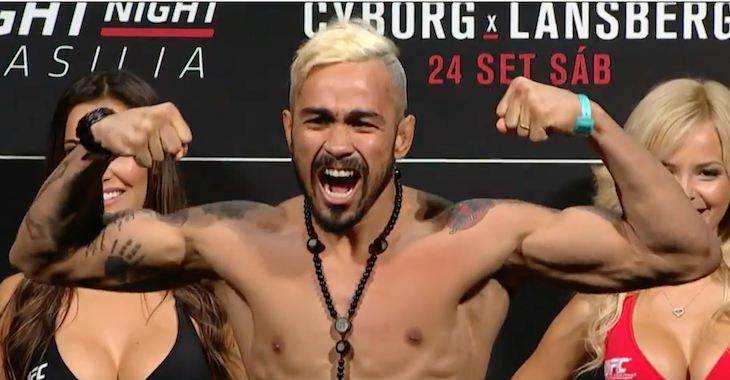 Round one begins and both men trade big shots to start. Pepey lands a couple of huge shots and La Torre is rocked. Pepey moves in but Mike is able to get a hold of him and they briefly grapple. The fighters break and Pepey comes forward with a flying knee. Both men are trading huge shots. Pepey once again lands a big shot. La Torre is rocked. More shots from Pepey. Mike covers up and Pepey takes his back. He drags La Torrie to the floor and sinks in both hooks. Pepey secures a body triangle. He searches for a rear-naked choke. It is in deep and this one is all over. De La Torre was forced to tap.

Godofredo Pepey kicks off the main card with a 1st round rear naked choke! #UFCBrasilia https://t.co/fnyKIJ6tQP