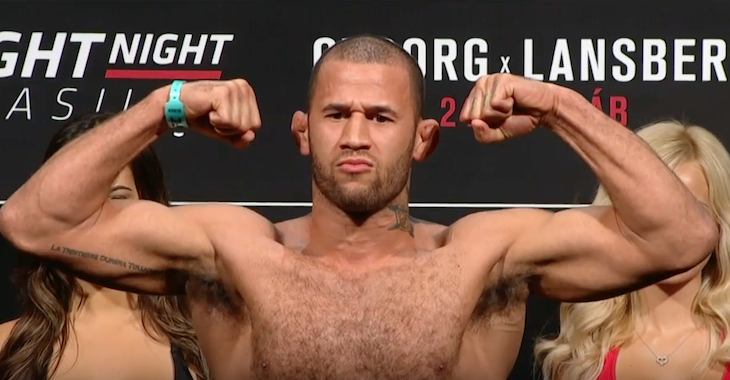 Round one begins and Spicely presses forward and scores and early takedown. Santos is able to scramble back up to his feet. Spicely charges after him and secures another takedown. He moves to half guard and is looking to secure a kimura submission. He uses the attempt to transition to the back of Santos where he secures a rear-naked choke. Santos tries to fight it off but it is deep. Spicely squeezes and forces the tap. This one is over.

Check out the submission finish below:

Eric Spicely locks in a rear naked choke and gets the finish! Huge upset! #UFCBrasilia https://t.co/GvQNMiQmQ7