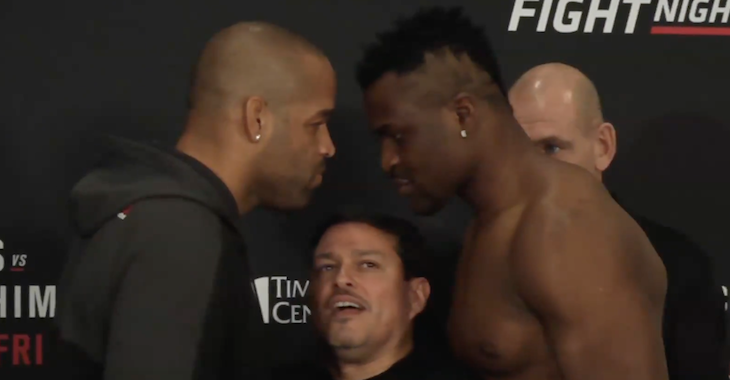 Round one begins and Hamilton is able to get a hold of a Francis kick and press Ngannou against the cage. Ngannou looks to secure a kimura and uses the hold to get Anthony to the floor. Francis continues to work on the submission and secures it. Hamilton has no choice but to tapout. Wow! What a win for Ngannou.