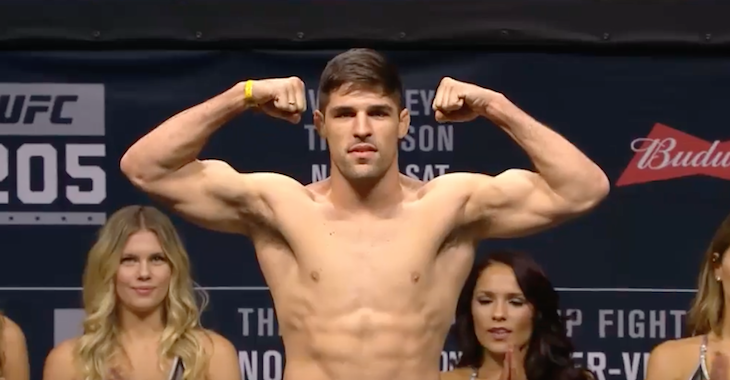 Round one begins and Luque misses with a high kick but lands back-to-back low kicks. Muhammad responds with a low kick of his own. Luque with another nice leg kick and then he lands one to the body of Belal. Vicente is using a lot of pressure. He lands a right hand. He scores a huge left hook that drops Muhammad. He follows up with ground and pound and this one is over.

Wow!! ‘The Silent Assassin’ @VicenteLuqueMMA with a clinical finish at #UFC205
https://t.co/Y85bvqScml