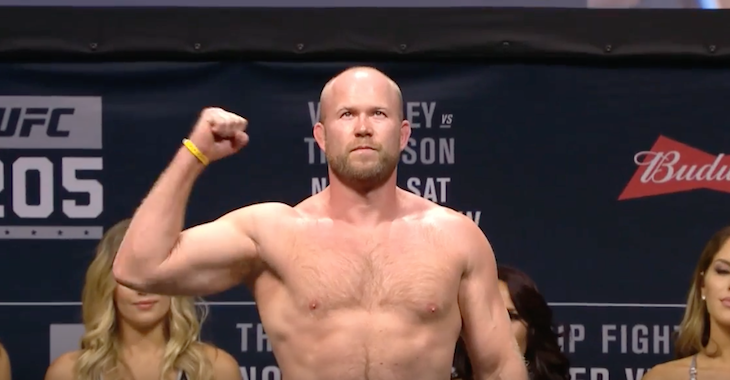 Round one begins and Boetsch presses forward and throws a right hand. He follows that up with a front kick that misses. Boetsch is really coming forward here. He gets caught with a counter left but eats it. Tim with a right hand and Natal is now bleeding. Natal shoots in but Tim defends and lands another right hand. Natal is circling away as Tim continues his relentless forward pressure. A nice leg kick scores for Boetsch. He misses with a follow up front kick. Natal misses with a wild right hand. Tim counters with a left. Natal circles away and lands a body kick. Boetsch comes forward and catches Natal with a bomb of a right hand. Rafael drops and Tim follows up with some ground and pound and this one is all over!

BIG KO from The Barbarian! @TimBoetsch lands a huge right at #UFC205
https://t.co/xgOdrKJy6z