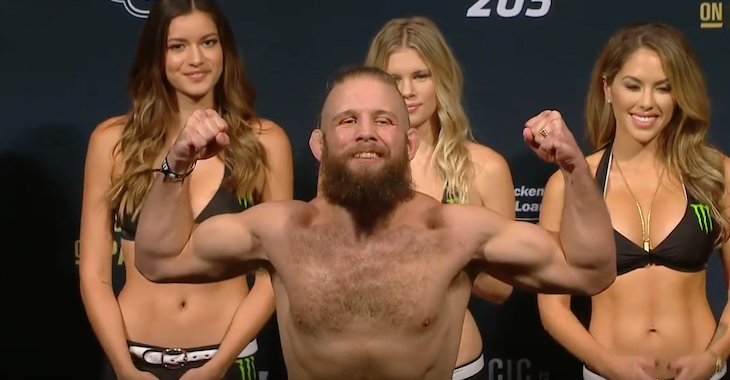 Round one begins and McBride lands a right hand followed by a leg kick. Lentz is able to score with a nice left hand. McBride charges forward and Lentz uses Michael’s momentum to score an easy takedown. Lentz tries to lock in a anaconda choke but McBride scrambles and breaks free. Nik quickly scores another takedown and begins working some shots from the top. Michael goes for a leg lock but cannot secure the submission. Lentz begins teeing off with some shots from the top. Michael scrambles but gives up his neck. Lentz attempts a guillotine choke but McBride is able to escape. Michael attempts another heel hook submission but it is not there. Lentz works some good shots from side control as round one comes to an end.

Round two begins and Lentz charges forward with a kick to the body and then a right hand. McBride counters with a big overhand right and Lentz falls to the floor. Michael jumps on the back of Lentz and sinks in one hook. Nik appears to be ok and is attempting to sweep. Nik is able to get the back of McBride and begins raining down some heavy shots from the top. The referee steps in and this one is over.