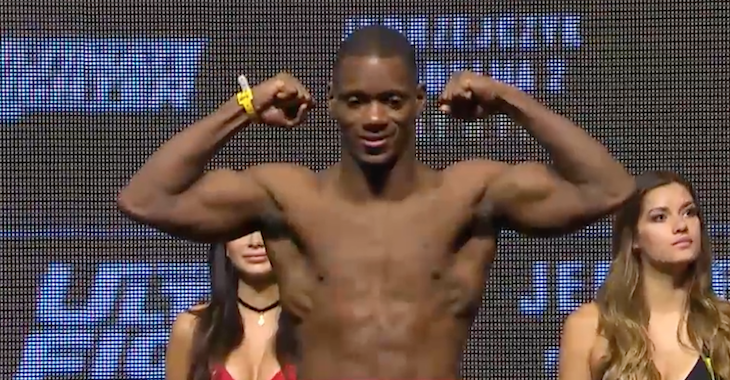 Round one was a back and forth battle that saw will Brooks slightly edge Pearson in total strikes landed. Will was able to control Ross against the fence for the better portion of the opening round but could not land a takedown.

Round two begins and Ross comes forward with a jab. Brooks responds with a jab of his own and then an uppercut. Will with a nice knee and then a combination. Pearson lands a right hand and then a leg kick. Brooks with a jab and then a leg kick. He just misses with a left. Pearson swings a wild right. Brooks ducks under and lands a nice takedown. He begins working strikes from full guard. Will lands an elbow and then a nice right hand. Pearson scrambles but gives up his back. Brooks sinks in one hook but Ross shakes him and stands up. Brooks presses Pearson against the fence and lands a knee. Ross turns Brooks around and lands a short punch inside. The fighters are working from the clinch and Brooks lands a good knee to the body. The fighters break and Will lands a big punch to the body. Excellent combination from Brooks. Pearson throws a knee and Brooks stumbles and falls on to his back. Round two ends with Pearson in top position.

Round three begins and Pearson lands a good left and then a right hand. Brooks with a leg kick. Pearson lands a kick to the body and then a big punch. Will shoots in for a takedown but Ross stuffs the attempt. Pearson lands a knee to the groin of Brooks and action is stopped. The fight resumes and Pearson lands a right hand. Brooks with a jab and then a short elbow. Pearson with a solid leg kick. Will is pressing forward but Ross is landing good counters. Brooks with a big shot but Pearson presses him against the cage and starts unloading. Shots to the body and head force Brooks to cover up. Pearson is unloading on Brooks. Will is just standing there taking the punishment. Will breaks free and lands a knee. Brooks lands a beautiful takedown but Ross pops right back up. Nice elbow inside from Brooks. Pearson with a short punch. Will with another knee. Big uppercuts land from both men as the horn sounds to end the fight.