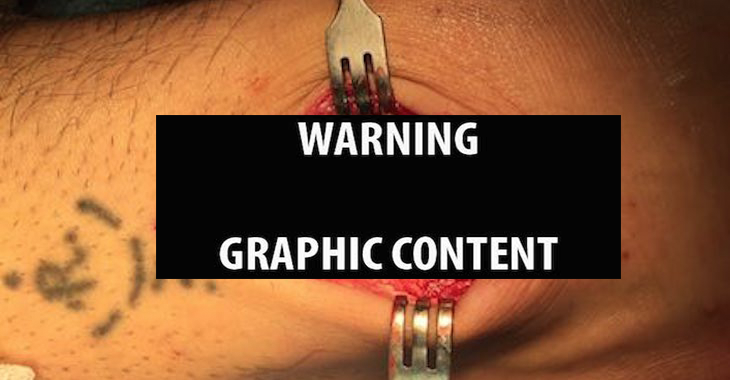 Emmett had a strong opening two rounds as he was able to ‘slip and rip’ shots on his lightweight opponent.

However, the Team Alpha male product was very tentative in the fight’s final round, which allowed Tuck to land a bunch of solid knees and kicks in the final few minutes.

Josh had a very good reason for being cautious during the third and final round, as he was fighting the last five minutes with this hand injury (via Dana White’s Instagram):

WARNING GRAPHIC Josh Emmett is from Team Alpha Male. @UrijahFaber has been all over me about this kid and he took the fight on 4 days notice, broke his finger and still won!! Welcome to the @UFC, congrats kid!

Despite the injury, Emmett was able to hold off Tuck’s late onslaught for the decision win.