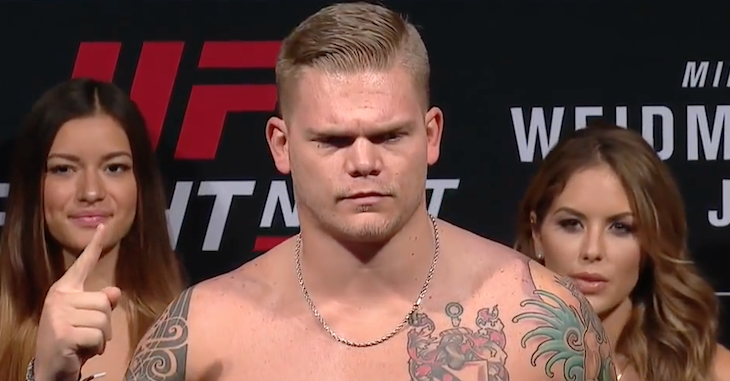 Round three begins and Sherman presses forward with a combination that ends in a low kick. He appears to poke Damian in the eye accidently. Grabowski with a good right hand followed by a body shot. Sherman appears to be slowing down. Chase lands a good low kick. Damian pushes forward with a right hand. Chase replies with one of his own. Sherman with a leg kick. He presses Damian against the cage and lands a nice elbow followed by a combination. Grabowski circles off the fence but eats a hard low kick. Damian presses forward with a left hand. Sherman replies with a kick to the body. Grabowski misses with a right hand and then a left. Round three comes to an end.