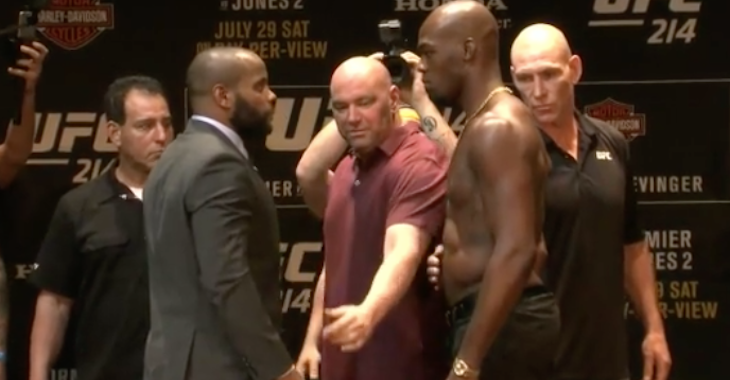 This Saturday, the UFC will host a trio of title fights from the Honda Center in Anaheim, California as the light heavyweight title, the welterweight title, and the women’s featherweight title are all put on the line.

In the main event, UFC light heavyweight champion Daniel Cormier puts his light heavyweight title on the line against former light heavyweight kingpin Jon Jones in a highly anticipated rematch several years in the making. The fight, which has been scheduled and rescheduled several times in the past, is finally taking place this Saturday.

Welterweight title!! @TWooodley and @demianmaia square off ahead of #UFC214! pic.twitter.com/m9DLtdET83

Saturday night on PPV!! @criscyborg vs. @tonyaevinger for the featherweight title at #UFC214! pic.twitter.com/AvzLNNvysd

Below is the full fight card for reference: