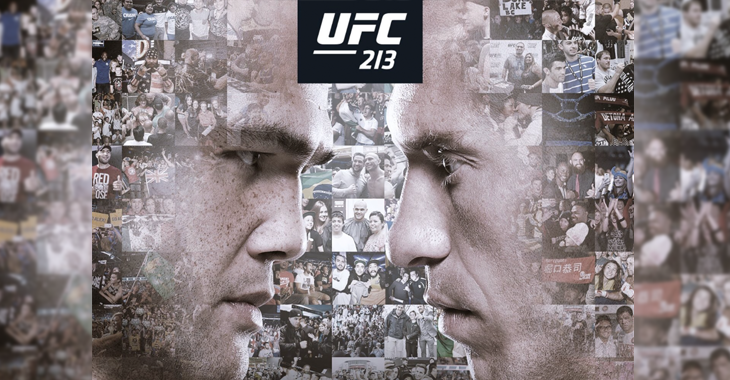 Former UFC welterweight champion Robbie Lawler and Donald Cerrone are set to fight in the Octagon at UFC 213 in Las Vegas, Nevada on July 8. That is a fight fans are surely thrilled about seeing and as of now, it isn’t headlining or even the co-main event of the pay-per-view card.

UFC bantamweight champion Cody Garbrandt will defend his title in what is being talked about as the co-main event of the evening against his former teammate and former champion TJ Dillashaw. The two rivals are starring in this current season of The Ultimate Fighter as opposing head coaches. This will be Garbrandt’s first title defense while Dillashaw will look to reclaim the UFC bantamweight title. Also recently announced for the UFC 213 card is the trilogy bout between former UFC heavyweight champion Fabricio Werdum and Alistair Overeem. This will be the third promotion the two have fought in as they first met in PRIDE way back in 2006. Werdum won their first meeting, submitting Overeem with a kimura in the second round. The two met again in Strikeforce in 2011 where Overeem evened the score, winning a unanimous decision three-round fight. The two will each look to take a best of three match in July.

BJPenn.com’s Chris Taylor also confirmed with Jim Miller on Wednesday that he will welcome back former UFC lightweight champion Anthony Pettis in his return to 155 after dropping down to the featherweight division for a pair of fights.

Another title fight is slated for the event as UFC women’s bantamweight champion Amanda Nunes is being arranged to defend her title against Valentina Shevchenko. The UFC has yet to make the official announcement regarding the championship matchup for the card.

Check out the UFC 213 lineup that is still in the making according to MMA Junkie:

What fights are you most excited about? Give us your prediction for your favorite matchups in the comment section!