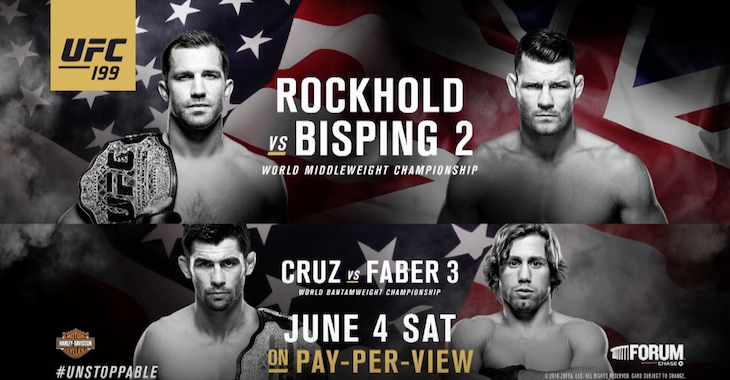 On Saturday, UFC 199 will go down in Inglewood California. The event is one of the most highly anticipated of the year given that in the main event Luke Rockhold and Michael Bisping will have their highly anticipated rematch for Rockhold’s middleweight championship.

In addition, Dominick Cruz and Urijah Faber will have their long awaited trilogy fight for the UFC bantamweight championship nearly a decade after the pair’s first meeting back in the days of WEC.

Below are the current betting odds from Bovada:

Using the Rockhold vs. Bisping bout as an example, what these numbers mean is that it would take an $850 bet on Rockhold to win $100, whereas a $100 bet on Bisping would earn you $525 if he were to upset Rockhold.