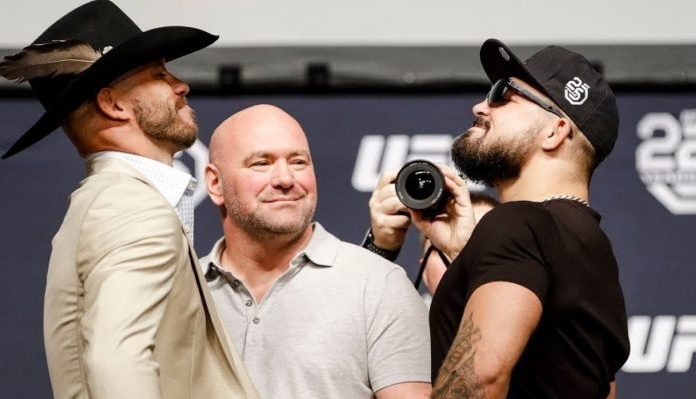 October has come and gone. Now we’re on to a sneakily loaded month of November as it’s almost a wrap for the great action we’ve seen in 2018.

Some months are harder than others to select the top 5s for and this one is definitely one of them. Let’s see what’s on tap.

Compared to most of Donald “Cowboy” Cerrone’s fights, this one has probably been one that has found itself surrounded with the most drama. The reason for that being due to Mike Perry making his way to Cerrone’s longtime home of JacksonWink MMA prior to his last fight.

Which just provides another interesting element to an already intriguing matchup.

Perry has proven to be a dangerous aggressor with his striking and one who is more than happy to take a shot to land one and his chin has held up when doing so. However, compared to all of his opponents to this point Cowboy will probably be the most experienced and the one with the most well rounded and versatile arsenal whether it be standing or on the ground.

The camp split will make things very interesting as Perry will have those who know Cerrone best in his corner letting him know all the tips and secrets there may be to beat him. Will it be a changing of the guard of sorts or will Cerrone stop the clock and get just his second win in six fights?

Just a few years back, this fight could have very easily been fought over the UFC middleweight title.

Instead, we’re getting it now thanks to an injury to another former champion in Luke Rockhold who was originally set to rematch with Chris Weidman at this date.

Former Strikeforce champion Ronaldo “Jacare” Souza steps in after preparing for David Branch who is also on the card but now gets a bigger opportunity.

It’s been over a year since we last saw Weidman and that was when he defeated the next title challenger Kelvin Gastelum via third-round submission to snap his three-fight losing streak.

In Jacare’s last time out, he too fought Gastelum but it was in a losing effort as he lost a split decision in the fight of the night.

Stylistically it’s a phenomenal matchup between two very strong grapplers. Obviously, Jacare has his world-class BJJ then Weidman with his submission wrestling. On the feet, both have proven that they’re very capable of hanging with anyone that stands in front of them.

Because of how even their skill sets are, the fight may very well just come down to who’s cardio and chin holds up better. 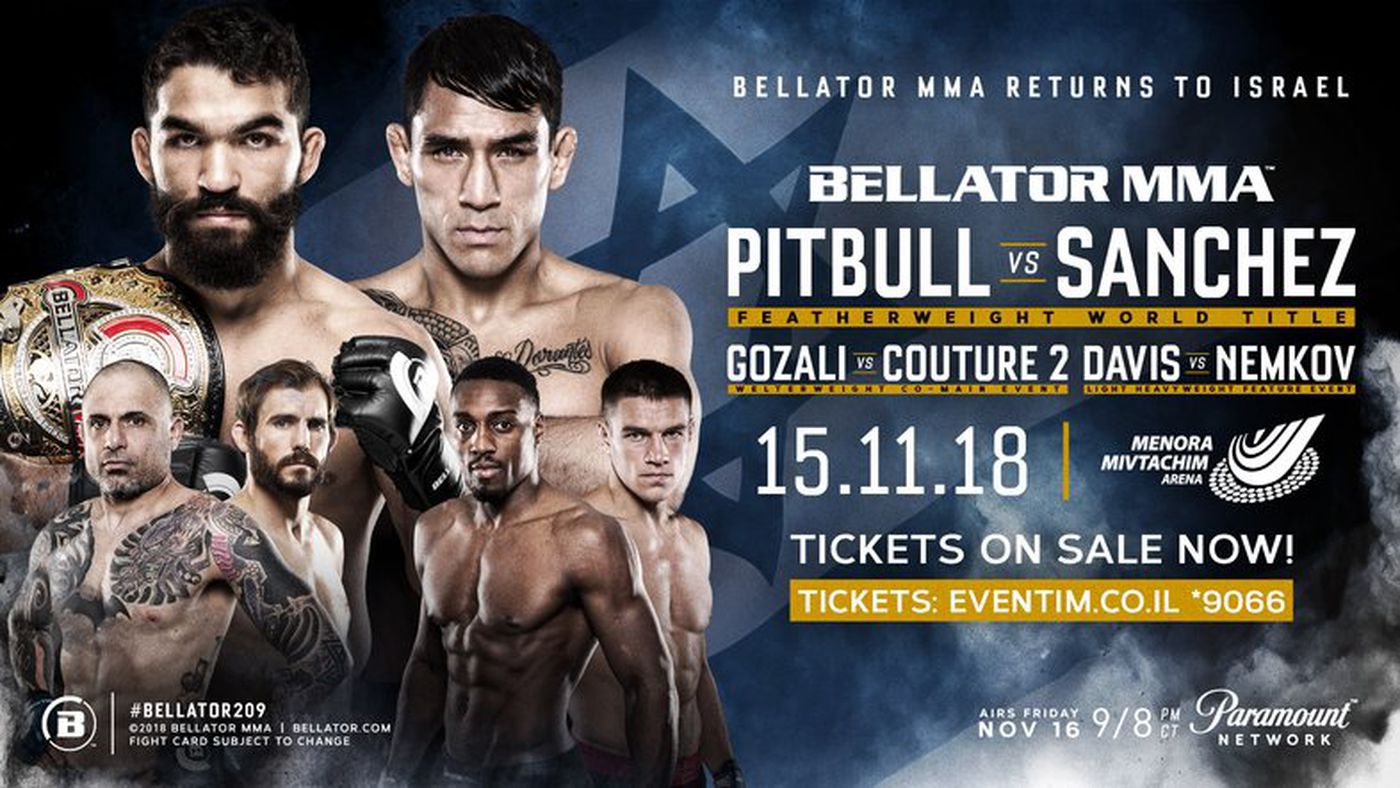 When it comes to fun fights to make at 145-pounds, it doesn’t get a whole lot better than the Bellator champion Patricio “Pitbull” Freire defending his crown against the red-hot Emmanuel Sanchez.

Since dropping a split decision to Daniel Weichel in July 2016, Sanchez has been nothing short of sensational as he’s won four straight and done so in very exciting fashion. Two of those wins also happened to come against former champions in Marcos Galvao and Daniel Straus who Sanchez finished by arm triangle.

Speaking of Weichel, Pitbull’s last fight took place against him in a rematch of their crazy 2015 encounter that saw Pitbull pull out an early second round knockout after being hurt badly in the first. Pitbull won the rematch by split decision this past July.

For Pitbull, he will be getting a very tough challenge in the hungry Sanchez who is about as unorthodox and dangerous of a fighter as Bellator has at 145-pounds. Giving him an extra two rounds will only give Pitbull a tougher time as well.

It will be somewhat surprising if this one goes to the judge’s scorecards and if it does it will be a thrilling contest throughout.

2018 has been the year of the super fight and as the year comes to a close, we’ll have seen the first two female super fights of all time.

The first of the two champion vs champion clashes will go down between the ONE Championship 125-pound strawweight queen Jingnan “The Panda” Xiong and the challenging 115-pound undefeated atomweight ruler, “Unstoppable” Angela Lee.

The 22-year old Lee has become a true superstar over in Asia and established herself as one of her division’s best worldwide as her 9-0 record shows it. If she can overcome her toughest test to date in another great champion in Xiong, it will further solidify her status as someone who is destined for a bright future. Hell, she’s already had a great career for being so young in the sport.

Both fighters are very well rounded but the advantages may be fairly clear. For the defending champ Xiong, she has the much cleaner technique with her striking and Lee is more dangerous if the fight is on the ground. Not to say that Xiong isn’t, but Lee has shown off her submission game essentially at every opportunity given to her.

Of course, in fights like this, it is always interesting to see how and if the size difference comes into play at all. Which just adds to the list of reasons why the fight will be a can’t miss occasion as Lee looks to become the first ever female double champ. 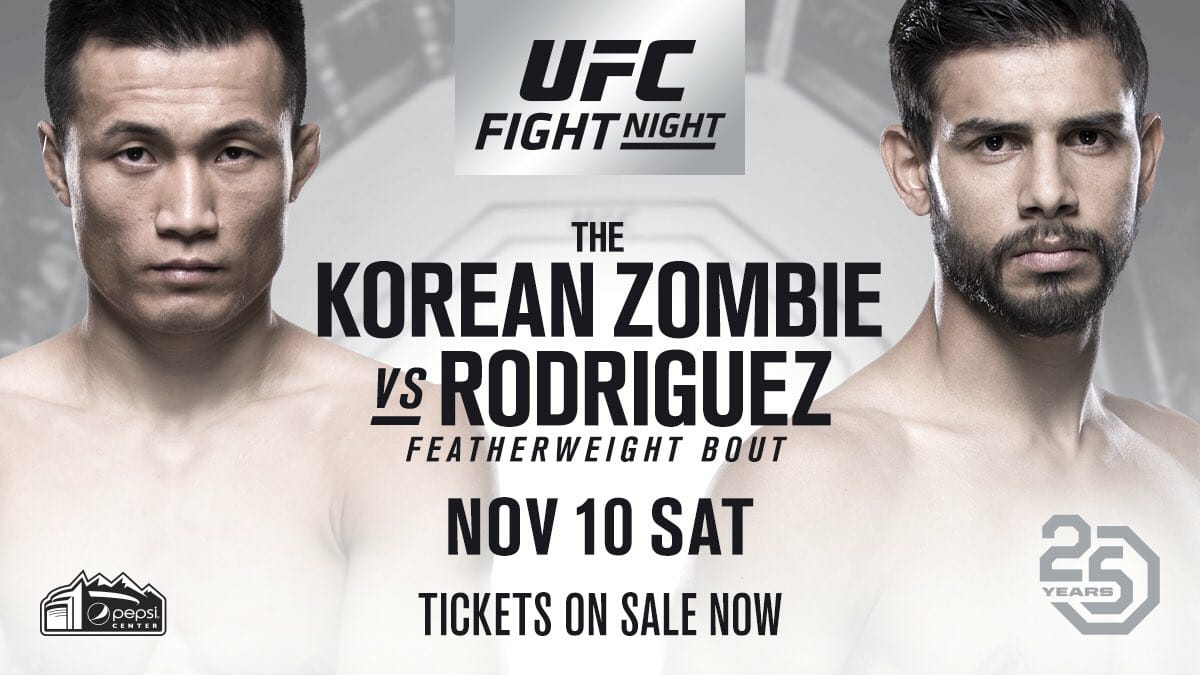 It wasn’t supposed to be the main event, but it may have turned out to be a much more exciting one.

After Frankie Edgar suffered a torn bicep this past week it led to Yair Rodriguez stepping in to save the day against the always exciting “Korean Zombie” Chan Sung Jung.

Edgar vs Jung was already expected to be a pretty fun fight as is generally a guarantee with the South Korean. But now that Mexico’s Rodriguez has been thrown into the mix, it’s taken this matchup to a whole new level.

There are very few if any fighters that are as unpredictable with their striking attacks as “El Pantera”. So much so that over time in fights he kind of becomes predictably unpredictable. Meaning, that his unusual attacks become expected. Which doesn’t make them any less effective, just less surprising.

Jung, on the other hand, is more of a traditionally controlled chaos and that’s where ever the fight takes place as he remains the only fighter in UFC history to successfully pull off a win with a twister submission.

Both men have been out of action for quite some time so things could start out a bit slow at first but once things getting going, there will be no slowing down which will make for some fireworks.