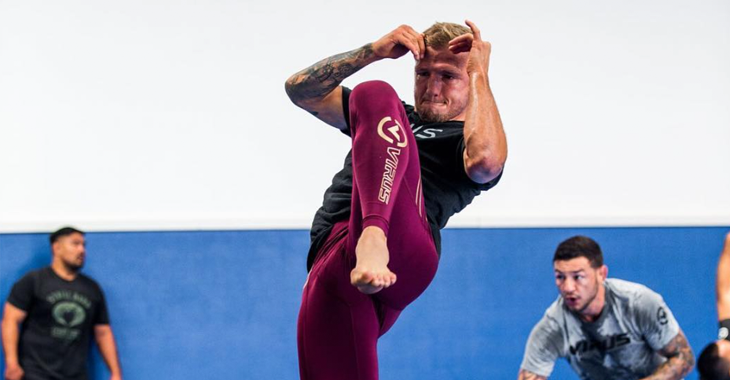 TJ Dillashaw is switching things up ahead of his UFC 217 bout where he will challenge former teammate Cody Garbrandt for the UFC bantamweight title.

Dillashaw used to train with Garbrandt at Team Alpha Male and took his training to Colorado after his striking coach Duane Ludwig left the team and took his coaching to the Elevation Fight Team. Now, Dillashaw will be training out of California as he recently announced on a UFC 217 media conference call that he is starting his own team in Burbank. “Muscle Pharm decided to move their facilities from Colorado to Burbank which kind of disbanded the team a little bit. So I have decided to create my own team,” said the former UFC bantamweight champ (transcribed by Adam Guillen Jr. for MMA Mania). “It’s something to create and call your own, as well as Duane has been traveling to California. It’s been the same work and adding to it, creating our own family, our own team,” Dillashaw added.

The Elevation Fight Team is still together in Colorado. However, the team moved their training and practice to different facilities. “It all leads to this fight, as he said me and him are the real main event of this card. 70-percent of the fans want to see this fight more than any other on the card. It all led up to this for a reason, it’s building our names,” said Dillashaw. “It’s definitely not how I foresaw it going down, but, it all worked out for reasons it did and I am just going to make the most of it.”