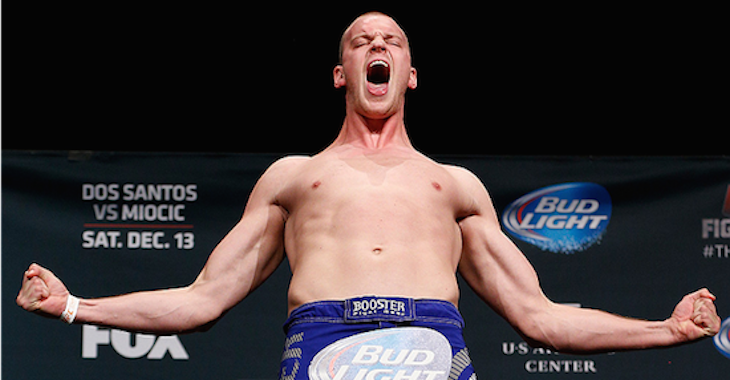 The octagon will return to the Netherlands on September 2 in Rotterdam and will now likely feature a scrap between the two tallest heavyweights on the promotions roster.

Stefan Struve (28-8 MMA) and Alexander Volkov (28-6 MMA) have verbally agreed to fight at the event.

The Netherlands native, Struve, took to Twitter where he stated his interest in fighting Volkov at UFC Rotterdam, this to prove who is the most skilled tall fighter in the world.

What do you guys think about me vs @AlexDragoVolkov ? Who is the most skilled tall fighter in the world, lets find out?! https://t.co/YlUPFcp2Ep

Volkov responded to Struve’s challenge with the following tweet.

@StefanStruve Of course I can not refuse your challenge.
You'll probably be first my opponent, I'll have to look up, not down as I used too.

“The Skyscraper” then asked the UFC to take care of the paperwork.

Sounds like a fight then. @ufc can you take care of the paperwork? 😎 @AlexDragoVolkov n myself want to test our skillsets! Respect my man 👊🏻 https://t.co/cbmyXMOjVR Who do you think would emerge victorious in a heavyweight showdown between Stefan Struve and Alexander Volkov? Sound off PENN Nation!