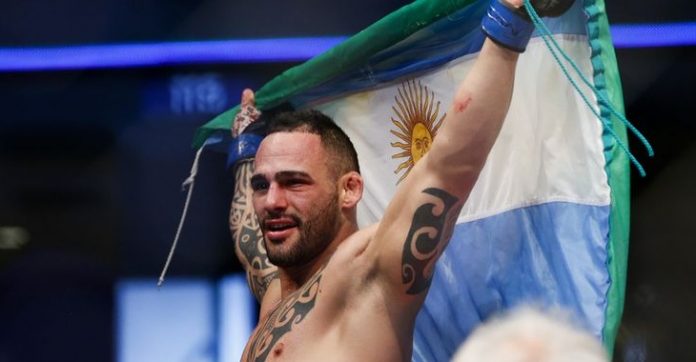 After several different reports and mixed potential matchups between both the UFC Chile and Liverpool cards, it seems things have finally been settled.

For Liverpool, after some intense back and forth between the eventual headliner, Darren Till, and Kamaru Usman it looked like they may end up being the two to fight each other thus figuring things out for Liverpool but not Chile. However, we first discovered the main event for Liverpool which was not Till vs Usman but Till vs two-time title challenger, Stephen Thompson.

Rumors had been all up in the air in regards to what would main event UFC Chile on May 19th but everyone expected Santiago Ponzinibbio to be one half of it(and that is likely going to be the case). It was just a matter of whom he would face. There were several options ranging from Neil Magny and even current middleweight contender, Kelvin Gastelum. But now, according to MMAFighting, the UFC will be settling with Ponzinibbio vs Kamaru Usman.

Interestingly enough, Usman just last night claimed that Ponzinibbio had turned the fight down but sometimes things can change and change fast. Usman also said earlier today that he had interest in fighting Demian Maia whom he has called out before in post-fight interviews. Whether or not he thought he would get the fight though was different.

“I’m pretty sure we already know the answer to that. I highly doubt [he’d accept].

Everyone seems to just be picking favorable matchups that could get them wins and the UFC is allowing it to happen. None of them want to fight me because they don’t see themselves winning. It’s as simple as that.”

Usman last fought in January at UFC St Louis when he defeated Emil Meek by a dominant unanimous decision to extend his winning streak to eleven.

If the UFC couldn’t have worked something out with Ponzinibbio for UFC Chile, we likely would have had the recently announced Volkan Oezdemir vs former light heavyweight champion, Mauricio ‘Shogun’ Rua fight headlining. This fight will no likely serve as the night’s co-main event.

Who do you have winning in the main event?