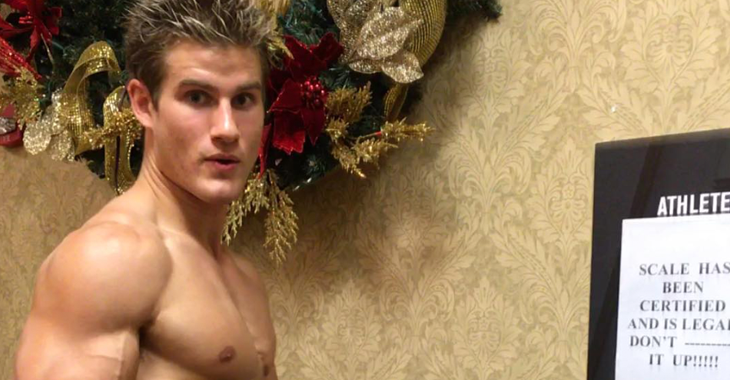 Sage Northcutt was handed his second loss in his professional mixed martial arts record on Saturday’s UFC on FOX 22 event that took place in Sacramento, California.

Northcutt met Mickey Gall who is another rising star in the Octagon and jumped up from lightweight to welterweight for the bout. Gall called Northcutt out for the challenge in his post-fight Octagon interview after he beat former WWE supserstar CM Punk at UFC 203. It was a competitive fight between Gall and Northcutt as both saw moments of success in the Octagon. Gall looked to implement his ground game in the first round and ended the round in the mount position but got there with little time left on the clock.

In the second round, the two opponents traded some punches where both landed some good shots. Ultimately, it was a right hand that Gall dropped Northcutt with that led to a rear-naked choke submission to secure the victory to move Gall on to a 4-0 professional MMA record.

Northcutt now owns an 8-2 professional MMA record with both of his losses being in UFC welterweight bouts. Northcutt lost a welterweight fight against Bryan Barberena at UFC on FOX 18 back in January, accepting the welterweight bout on short notice after his original lightweight opponent, Andrew Holbrook was forced out of competition. Northcutt took to social media on Sunday following his loss to Gall and said, “Sorry everybody I didn’t perform as I would have liked… I’ll be going back down to my real weight class 155lbs! Thanks for all of the support and to all the people that came out to watch.”

Sorry everybody I didn't perform as I would have liked… I'll be going back down to my real weight class 155lbs! Thanks for all of the support and to all the people that came out to watch

Who do you want to see Sage Notthcutt and Mickey Gall get matched up with next in the Octagon? Play matchmaker and sound off in the comment section!