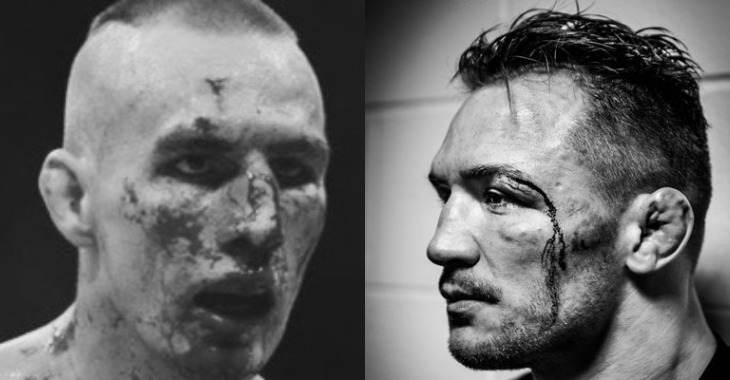 Earlier this weekend, former UFC welterweight title challenger Rory MacDonald began to express his frustration with Bellator’s failure to keep him active. Speaking out on social media, the Canadian star claimed that he hoped to fight again this year, but that the promotion couldn’t make it happen, and that he was getting impatient.

unfortunately no 4 this year, i was pushing very hard 2 fight atleast once more this year but it doesnt look like it will happen

sitting on the couch sippin on @legionath protein shake after a solid week of training. waiting impatiently for a fight #monsterenergy @monsterenergy

While the fight MacDonald wants most is one with welterweight champion Douglas Lima, he’s now got a pretty solid consolation prize on the menu. That’s thanks to a clever callout from former Bellator lightweight champ Michael Chandler.

Seeing MacDonald’s gripes on social media, Chandler responded by offering to fight MacDonald in November or December. Never one to turn down a challenge, MacDonald then assured he was all for it.

.@rory_macdonald well…looks like we are in the same boat. I’ve got my dancing shoes on if you’re not busy in Nov/Dec.

tbh id be happy 2the sooner the better. i was ready in june for ANYONE and still am!

MacDonald then elaborated that the reason he hasn’t been booked to fight Lima is not because Lima isn’t available, but because of Bellator’s “scheduling strategy.” Either way though, the Canadian is hoping to fight again ASAP.

from what im told, its scheduling strategy and not the lack of my next opponent being available i would b happy 2fight asap

Do you want to see Rory MacDonald and Michael Chandler fight?