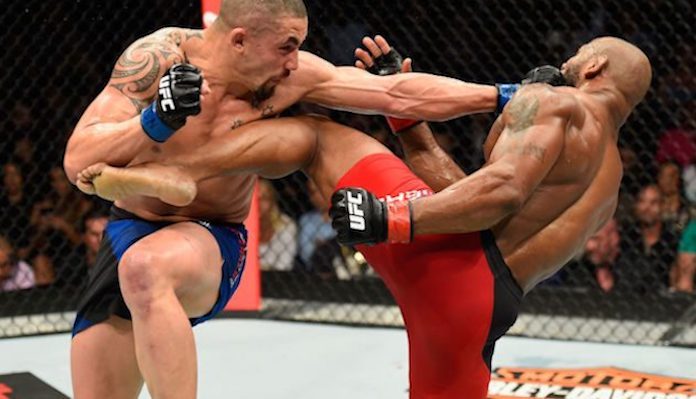 “This time, he felt like steel,” Whittaker told The Daily Telegraph of his second and most recent fight with Romero, which headlined the stacked UFC 225 last Saturday night. “I was punching and kicking him but it wasn’t doing any damage. He was walking forward through everything. It was weird.”

“My shots just weren’t stopping him. I’ve fought everyone in the middleweight division — including Romero previously — and I’ve never seen anything like that.”

“Except for my face, all the damage on my body is from me hitting him.”

Whittaker isn’t sure why Romero’s body now feels like steel, when it didn’t in their first fight

“Maybe you get stronger as you get older,” he said of Romero, who is now 41 years old. “I assume that’s what happens when you get to your forties.”

Romero also missed weight for his UFC 225 fight — albeit only by 0.2 pounds — which could explain why he felt so sturdy to Whittaker.

Whittaker’s next most recent fight, which occurred in July of 2017, was also against Romero. He won that fight by unanimous decision, capturing the UFC interim middleweight title in the process. He was then promoted to undisputed champion when Georges St-Pierre vacated that title.

What do you think of Robert Whittaker’s account of fighting Yoel Romero?