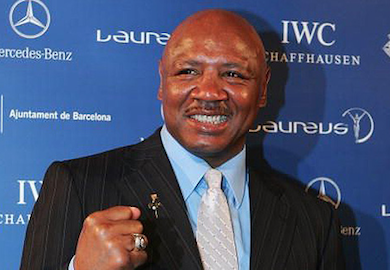 Yes, the man known as Marvelous Marvin Hagler (that’s his legal name) recently spoke to reporters in Malaysia and the topic of MMA came up. Here’s what the former world champion had to say:

“That sport right there, I can’t see any art inside. If you wanna teach a kid how to fight (in MMA), you can just take him to the bar. That’s what it looks like to me.”

Hagler added his thoughts on the ground game, “I can’t understand them laying on the floor like that, and the ref don’t get them up. It’s terrible.”

At least he gave the sport a nod for how big it is becoming, “It’s really taking off… It’s growing because boxing has been drifting away, so it’s brought that (MMA) into the spotlight.”

When’s the last time you saw a bar fight finished with an arm-bar, or a spinning back kick? Just saying.