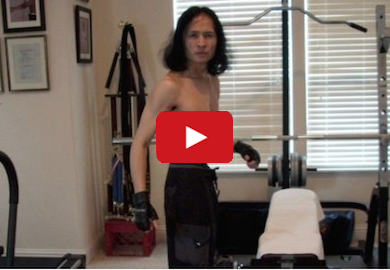 Let me preface this write-up by saying that I do kind of take issue with posting this video here. But at the same time, I can’t ignore the entertainment factor found within. So, against my better-judgement, I decided to do it for you guys.

Part of me wants to poke fun, and the other part of me (the more mature part), feels bad about giving this poor man a hard time. I mean, we all have that one, super-weird, uncle right?

I don’t exactly know what this man is trying to accomplish here, but it’s obviously a terrible example of technique. I watched the whole clip, twice, and found it mesmerizing. I went to his YouTube channel, even his website and found it all very odd.

It’s legit though, I was hoping it was just a comedian, or maybe even a web-troll, but this mans attempt at instruction appear to be his sincerest efforts.

At any rate, here’s that video. Tell me what you think in comments:

Props to the UG for the find.