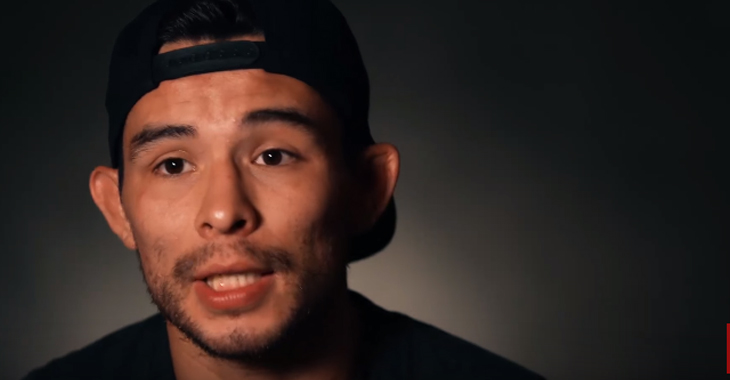 We are just a couple of days from Demetrious Johnson trying to make history at UFC 215. In lieu of a fight with T.J. Dillashaw, Johnson wanted to continue his journey toward breaking Anderson Silva’s title defense record. He tied the record with 10 defenses after a dominating performance over Wilson Reis, now he looks to beat the impressive stat in his upcoming fight with Ray Borg. It would seem like the road to this record is paved in gold with a giant, neon sign pointing down to the finish line. However, Ray Borg isn’t counting himself out and neither should you. He’s confident enough to go on record saying he’ll give Johnson a rematch when he defeats him.

“If I win, I’m going to fight DJ again. He’s one of the greatest for a reason. He’s defended his belt 10 times. There would be no reason why, if I beat him, I wouldn’t fight him again. I imagine a great champion like himself will get an automatic rematch, so I’ll go home, I’ll fulfill the promise that I made to my niece, which is to take her to Disneyland, and then I’ll go right back home and go right back to the board and learn how to beat DJ in an even more impressive fashion.”

With all due respect, if Ray Borg pulls off beating Demetrious Johnson, it would rank in the tip-top echelon of UFC’s greatest upsets of all time. On the other hand, if Johnson takes out Borg, it puts him in a very interesting position. Many would expect he would revisit moving up in weight for an even bigger challenge. However, he also said on the media call that he is eyeing 15 total flyweight title defenses before he decides to retire. Granted, he can defend the title while also venturing into other classes, but we’ll have to wait until after Saturday to find out.