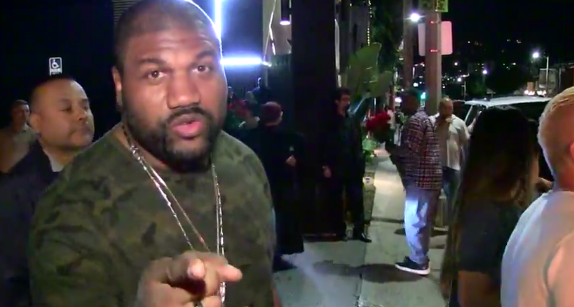 @nickdiaz209 got me fucked up! I would never try to talk to his chick! I feel soo disrespected,like right in my face. Come to my weight class boi! 😡 @msbella_latina

Though there was immediately some question as to whether this video was legit, or perhaps just a joke between friends, Rampage has now turned up the heat by challenging Diaz to come up to his weight class. The former Pride star issued this challenge in a conversation with TMZ.

While this sounds like a legitimate challenge, the jury is still out whether or not these two MMA veterans actually have beef. Any skepticism to this end is certainly justified.

Do you think Rampage and Nick Diaz actually have beef, or is this just an elaborate joke between two friends? Join the conversation in the comments section.