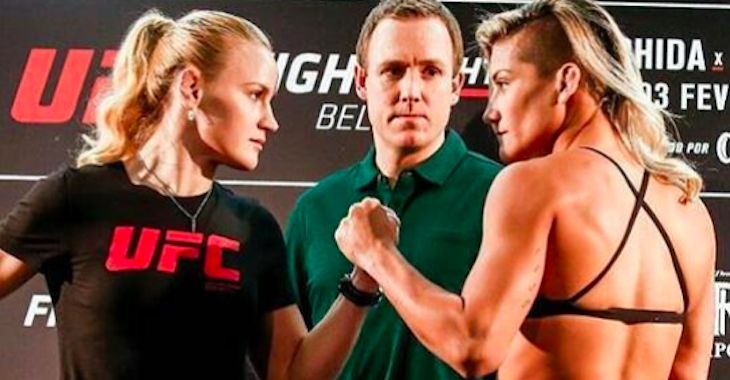 Last weekend, Priscila Cachoeira was brutalized by the far more experienced Valentina Shevchenko en route to a second-round submission loss. Cachoeira’s loss was so decisive that many fans and pundits have been berating her corner for not throwing in the towel mid-fight, thereby allowing an undeniably spacey Mario Yamasaki to let the bloodshed continue for far longer than necessary.

According to Priscila Cachoeira herself, however, criticism of her corner and coaching staff is unwarranted. The reason her team didn’t throw in the towel is because they understood where her physical limits were, and she just wasn’t there yet.

The fighter jumped to her corner’s defense in a lengthy Instagram post. Here’s a translation of that post, which was penned in her Portuguese mother tongue (via MMAJunkie.com).

“Hi, everyone. Just stopping by to say everything is OK. Took me a while to speak because I didn’t have my cell on me and I was at the hospital… So… I apologize to my fans, friends and family, who threw a party to watch my fight. I caught an extremely tough fighter, who I’m a fan of, and on fight time I wasn’t the real ‘Pedrita.’ Those who know me and are around me on my day-to-day, know how I could have performed. And even having injured my knee early in the fight, I went until the end because I don’t know quitting. I will need surgery on my ACL and meniscus. And there are a lot of people talking about how I fought the top one, etc, that my master told me to shut up and blah blah. Let’s go… I will fight any fighter in the world, regardless of her standings. I’d fight Valentina another 10 times without even thinking twice. Those who pick easy battles aren’t true warriors. And the treatment and the intimacy I have with my master… Those on the outside don’t know anything to criticize it. This isn’t master and student. It’s father and daughter. And no one will say how he’s supposed to treat me. And about throwing the towel: this is PRVT, and we’re the ones who know my limits. Throwing the towel, never. Thank you all for the messages of kindness and support I’ve been getting. I’m sure I have gotten a family for the rest of my life. And to those criticizing: I don’t give a damn, I will come back stronger. ‘A moment will not erase an entire history’”

As Cachoeira says in her post, she will need surgery for a pretty significant knee injury before she can look to bounce back from this disastrous UFC debut.