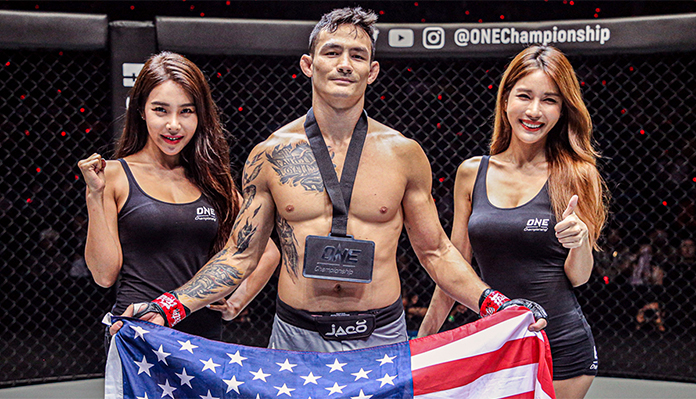 Thanh Le became the ONE Championship featherweight champion when he scored an impressive third round TKO against Martin Nguyen in October last year.

The TUF 22 alumni is currently riding a streak of four straight finishes since he signed with the Singapore-based promotion back in 2019.

A former champion in LFA, the Louisiana native is relishing the first defence of his title and has several interesting options.

ONE are rumoured to be on the cusp of booking a show in the US. If that were to happen, then Garry Tonon could make a lot of sense. Since transitioning to MMA, the BJJ star has put together an undefeated 6-0 record.

“I’ve heard whispers. Not from the company itself but from outside sources,” Le told bjpenn.com.

“It would be cool to have a fight in the States and i’m all for it, definitely. (Tonon) would make sense as far as fanbase and marketing and things like that go,” he continued.

But despite Tonon having amassed an unblemished record, Le still doubts whether his countryman has yet done enough to fully earn a shot at the strap.

“As far as records go and resume? Maybe not so much. But I’m here to fight whoever they put in front of me. I’m here to fight the best in the world. Garry offers a special type of challenge and it’s very exciting.” 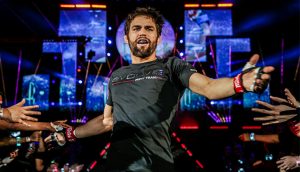 “I know, whether we meet immediately or later on down the road – that’s a fight that has to happen, obviously. Do I think he deserves it right away? Probably not. But they make exceptions so we’ll see how that plays out,” added the 35 year old.

Another interesting option for Le would be a rematch with Martin Nguyen (13-4). Both have amassed explosive highlight reels during their time with ONE, and ‘the Situ-Asian’ is one of the most successful athletes in the history of the promotion.

In terms of running it back with Nguyen, Le said,

“Martin has a huge fanbase al across the world, so that’s a pretty cool thing that he’s earned and he’s developed across the years of defending titles. Putting on exciting fights. And I’m not completely happy with the (first) performance so that’s always a fight that I want again as well.”

The other name that sticks out is Christian Lee (15-3). The 23-year-old phenom is currently holding the lightweight belt. He’s also the no.2-ranked fighter in ONE’s featherweight division.

“He doesn’t have to come down to featherweight. We can go to lightweight. I’ll eat some Popeyes, we’ll gain a little bit of weight – nothing wrong there. That’s an interesting fight to me, definitely.” said Le.

ONE Championship CEO, Chatri Sityodtong has often stated that he would be open to doing a cross-promotion with another organisation. With that in mind, Le would be delighted to test himself against other world champions if the opportunity ever arose.

If Le could choose any opponent from around the world, he says he would opt for,

“Whoever the champ is at one of the biggest organisations and right now a couple of dangerous one is the Bellator champ – Pitbull and the UFC champ, Volkanovski. I think those two are at the top of the list at least. I just want to fight the best guys on the planet,” said Le.

Who would you most like to see Le defend his title against?