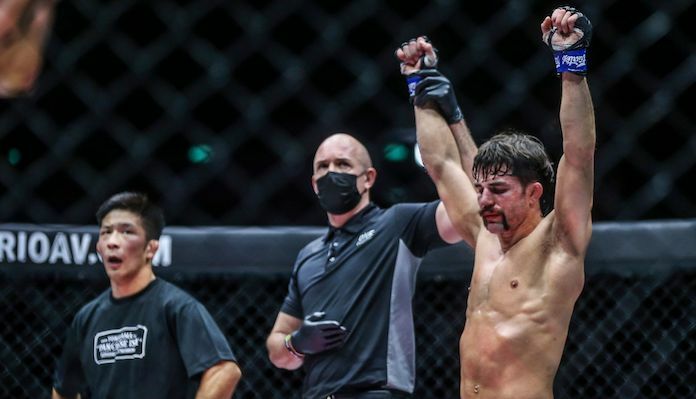 On Friday, Asian martial arts powerhouse ONE Championship returned to our screens with the stacked ONE: Big Bang card out of the Singapore Indoor Arena.

This ONE Championship card was hit by a handful of last-minute shakeups, but ultimately came together very nicely. The event was topped by a featherweight kickboxing showdown between Marat Grigorian and Ivan Kondratev, which the former won via impressive second-round TKO.

In the co-main event, BJJ ace Garry Tonon improved to 6-0 in MMA with a hard-fought unanimous decision victory over former ONE featherweight title challenger Koyomi Matsushima. With the victory, Tonon is now well positioned for a crack at new ONE featherweight champion Thanh Le.

Elsewhere on this ONE Championship card, fans were treated to a fun fight between between Malaysian grappler Jihin Radzuan and Vietnamese-American striking specialist Bi Nguyen, which the former won via competitive decision. The card was also kicked off by a big win from Indian wrestling star Ritu Phogat, who scored an emphatic first-round win over Jomary Torres.

See the full results of the ONE: Big Bang card, and video highlights where applicable, below:

Featherweight Kickboxing
Marat Grigorian defeats  Ivan Kondrate via TKO at 1:52 of round two

Strawweight MMA
Bokang Masunyane defeats Rene Catalan via knockout at 0:37 of round one

Atomweight MMA
Ritu Phogat defeats Jomary Torres via TKO at 3:55 of round one