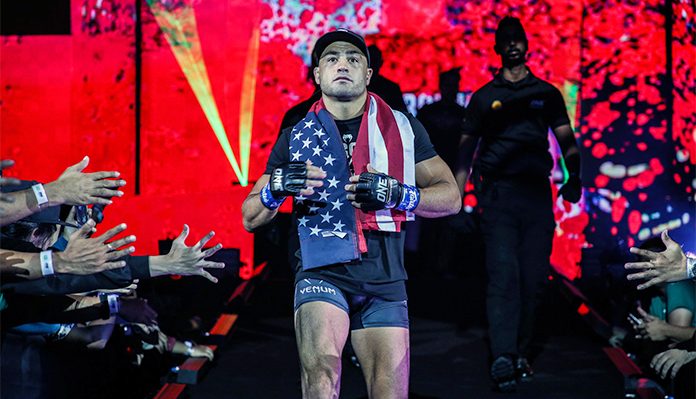 Former UFC and Bellator lightweight champion Eddie Alvarez is expected to return to the ONE Championship Circle against former title challenger Iuri Lapicus.

News of this fight, which is expected to occur in or around April, was first reported by Nolan King of MMA Junkie, and later confirmed by Al Zullino for Italian outlet Fatti Marziali.

#Tidbit: As One Championship plans the next fight for former #UFC lightweight champion Eddie Alvarez (30-7), the current frontrunner for an opponent is Iuri Lapicus (14-1) on an April 2021 timeline, per sources. pic.twitter.com/yFx817HfCV

A clash between former UFC title holder Eddie Alvarez and former ONE title contender Iuri Lapicus is in the works for April 2021, sources confirms to @FattiMarziali (first rep. @mma_kings).

Alvarez, who was rumored to be taking on ONE Lightweight Grand Prix finalist Saygid Guseyn Arslanaliev, will be making his first steps onto the canvas since August, 2019, when he weathered some early adversity to submit former ONE lightweight champion Eduard Folayang. That victory separated the former UFC and Bellator champ from a shocking knockout loss to Timofey Nastyukhin in his ONE Championship debut. That setback was preceded by a knockout loss to Dustin Poirier in a fight that marked the end of his time in the UFC.

Lapicus, on the other hand, will be looking to rebound from a failed title bid opposite reigning ONE lightweight champion Christian Lee. Lapicus had some success early in that fight, but ultimately had the tables turned on him and was stopped by first-round ground strikes. Prior to that, the Moldovan-Italian had never been beaten, and had picked up wins over the likes of Marat Gafurov and Shannon Wiratchai.

Who do you think will come out on top in this lightweight scrap between Eddie Alvarez and Iuri Lapicus?