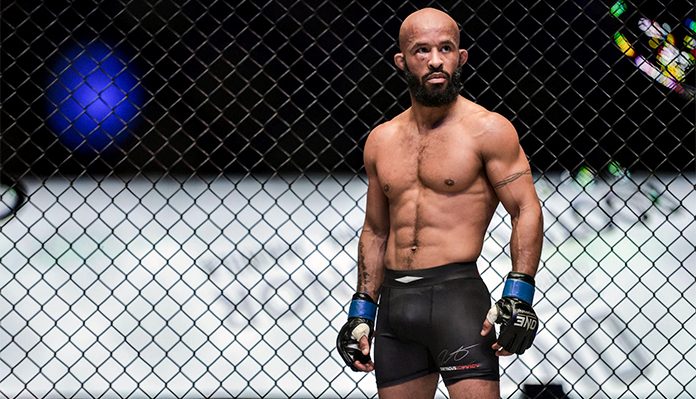 On Friday, at ONE: Dawn of Heroes, former UFC champs Demetrious Johnson and Eddie Alvarez returned to ONE Championship — this time in a ring, not a cage.

The former UFC flyweight champ Johnson met former DEEP champ Tatsumitsu Wada in the semifinals of the ONE Flyweight World Grand Prix. They advanced to this stage by beating Yuya Wakamatsu and Gustavo Balart respectively.

The former UFC and Bellator lightweight champ Alvarez, meanwhile, met two-time former ONE champ Eduard Folayang. Alvarez was initially eliminated from the tournament when he was knocked out by Timofey Nastyukhin in March, and Folayang was originally not a part of the tournament as he was the champion at the time that it launched. Thanks to a series of unfortunate injuries to other tournament fighters Ariel Sexton, Lowen Tynanes and Nastyukhin, however, Alvarez and Folayang’s bout was promoted back into the tournament.

Demetrious Johnson and Tatsumitsu Wada took to the cage first. Despite Johnson’s reputation as one of the greatest fighters of all time, Wada gave him all he could handle. The former DEEP flyweight champion had Johnson tied up in a body triangle for nearly the duration of round one, and outmuscled him in the clinch in the early going in round two. As the fight progressed, however, Johnson cranked up the offense, manhandling Wada with his world-class wrestling. These efforts ultimately earned him a unanimous decision victory under ONE’s Global Ruleset, which scores bouts in their entirety rather than round-by-round.

He’ll now meet Team Lakay’s Danny Kingad, who defeated Reece McLaren by split decision earlier on the card, in the ONE Flyweight World Grand Prix finals at ONE: Century in Tokyo on October 13.

Eddie Alvarez and Eduard Folayang took to the cage next. Given their respective propensities for spectacle, this fight was viewed as a frontrunner for Fight of the Year honors. While it didn’t last long enough to live up to that hype, it was wild while it lasted.

The fight began with Folayang blasting Alvarez with a left hand, then chopping him down with a leg kick that seemed to cause some kind of injury. Folayang looked to be on the verge of a blowout win, and dove into top position. But then, Alvarez hit a slick sweep, took his foe’s back, and locked up a rear-naked choke for the tap.

What did you think of these wins from Demetrious Johnson and Eddie Alvarez?