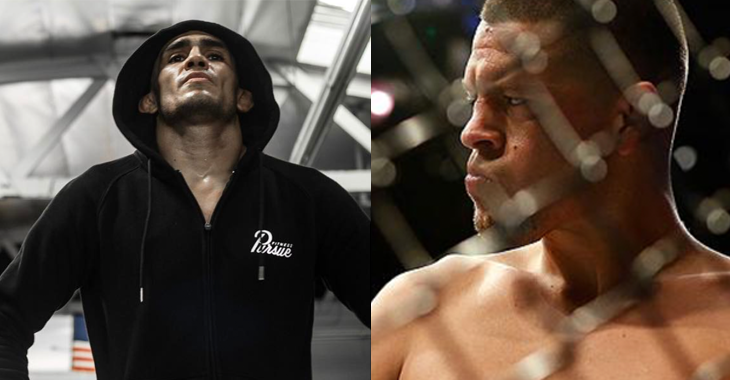 The always brash “Stockton Slugger” took to Twitter where he seemingly through jabs at both Tony Ferguson and Khabib Nurmagomedov for the pairs latest failed fight.

Lol these guys can't even make it to war..

They winging this whole shit 😂

This marks the fourth time in UFC history that a planned Tony Ferguson vs. Khabib Nurmagomedov matchup has failed to come to fruition.

With that said there was a silver lining to today’s disappointing news. UFC President Dana White announced that current UFC featherweight champion Max Holloway had agreed to step up on just six days notice and fight Khabbib Nurmagomedov at UFC 223 for the promotions lightweight strap.

Dana White also told ESPN’s Brett Okamoto that “Blessed” and “The Eagle” will be fighting for the promotions undisputed lightweight title next Saturday in Brooklyn, meaning both Conor McGregor and Tony Ferguson will be stripped of their titles.

As for the aforementioned youngest Diaz brother, Nate has not stepped foot inside the octagon since suffering a controversial majority decision loss to Conor McGregor at UFC 202 in August of 2016.