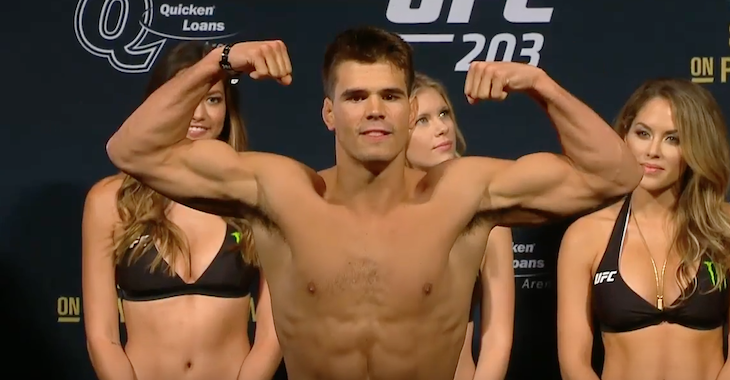 This Saturday in Sacramento, California, two of the youngest fighters on the UFC roster, Sage Northcutt and Mickey Gall, will square off in a highly anticipated matchup.

At just 20 years old, Northcutt has quite the impressive resume. With an 8-1 professional record, Northcutt has gone 3-1 inside the Octagon, dispatching of Francisco Trevino via first round TKO in his UFC debut, before then submitting Cody Pfister in his second UFC fight. Northcutt then had his two-fight win streak snapped earlier this year when he was submitted by Bryan Barberena in January, marking the first loss of his professional career, as well as his UFC career. ‘Super’ Sage bounced back however, picking up a unanimous decision win over Enrique Marin at UFC 200 in July. Gall on the other hand, while older, has less professional MMA experience, and will be entering the bout with a 3-0 professional MMA record. Gall was discovered by UFC President Dana White after picking up a 1st round submission win on the regional scene, where UFC President Dana White was in attendance as part of his ‘Lookin For A Fight’ series. Gall then picked up his first UFC win as he submitted Mike Jackson in his UFC debut earlier this year. Most recently, Gall picked up a dominant first round submission win over CM Punk when he submitted the former WWE Champ in the first round of their UFC 203 scrap.

Ahead of his fight with Northcutt, Gall gave his prediction for the fight to MMAFighting, while throwing some jabs at ‘Super’ Sage:

“Not very long,” Gall said when asked at Thursday’s open workouts on how long Northcutt would last where Gall grew up. “He’d find himself in a locker. He’d probably kick his way out of a locker, I’ll give him that. … He seems very ingenuine. I say corny like a dork, but its an ingenuinty, he’s putting on.”

“I’m better on the feet, better on the ground, tougher than him, endurance, everything,” Gall said. “When we jump in the fire, he’s hopping out of the fire way before I am. … It could go quick. I’’m ready for three hard ones. I’m going to get the finish. I’d like to get a knockout in the first, but smart money is I’ll choke him out in the second.”